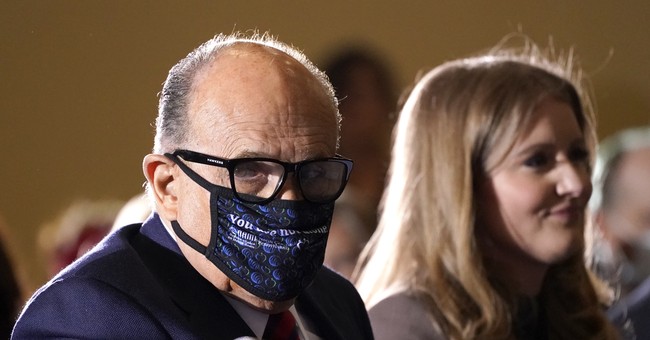 Trump attorney and former New York City Mayor Rudy Giuliani has tested positive for the coronavirus. Rudy Giuliani has been a whirlwind of activity in recent weeks, pursuing allegations of voter fraud in the Nov. 3 election.

President Trump revealed Giuliani's test results in a tweet on Sunday, telling the 76-year-old to get better soon.

Andrew Giuliani, the former mayor's son and special assistant to the president, tested positive for the virus in November.

FDA officials are set to meet on Thursday to vote on an emergency use authorization for Pfizer's vaccine candidate. A final analysis found the drug to be 95 percent effective in preventing COVID-19 infections.

According to the Centers for Disease Control and Prevention, healthcare workers and residents of long-term care facilities should be first in line for vaccination. Individuals over the age of 65, essential workers, and those with underlying medical conditions should be vaccinated in a second phase.

Chief adviser for Operation Warp Speed, Moncef Slaoui, said on Sunday that he sees light at the end of the tunnel when it comes to the coronavirus pandemic, predicting a return to normal once a coronavirus vaccine becomes widely available to Americans. The top adviser predicted that would happen sometime in April or May.