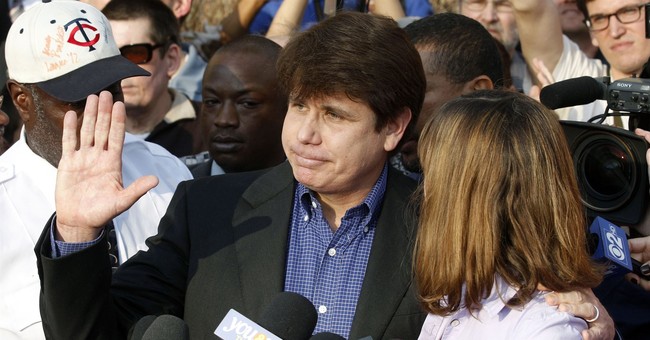 "If the question is, 'Are Democrats stealing votes in Philadelphia?'" Blagojevich began, "my answer is, 'Is the Pope Catholic?' It's a time-honored tradition in big, Democrat-controlled cities like Chicago and my hometown, Philadelphia, to do precisely what they're doing."

According to Blagojevich, voter fraud is likely happening in other Democrat-controlled cities too, such as Atlanta, Milwaukee, and Las Vegas.

"They control polling places, they stop votes when their candidate's behind, and then in wee hours of the morning, in the dark of night, the stealing starts," said Blagojevich.

The reason the mainstream media is looking the other way, according to the former governor, is because the most important thing to them is defeating Donald Trump.

IS THE POPE CATHOLIC? That’s Rod Blagojevich’s response to whether he thinks Democrat votes are being ‘stolen’ in Philadelphia. [with Newsmax TV’s @SchmittNYC https://t.co/VlT7z8v2lm] pic.twitter.com/d0IJOJZZb3

Blagojevich is the former Democratic governor of Illinois who was impeached following revelations of several pay-to-play schemes. Nevertheless, a former player in the Democrat's political machinery is just the type of character who can help spill the beans regarding corruption and voter fraud.