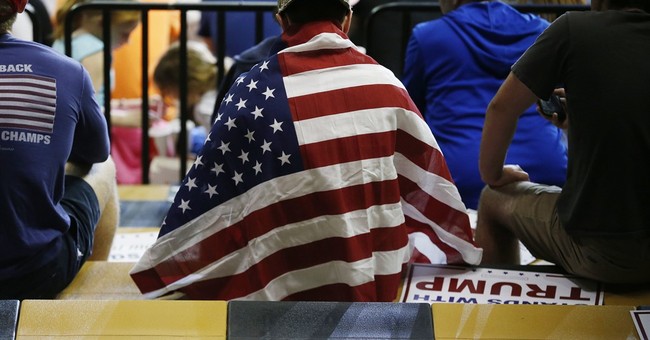 Lefties rioting in New York City on Sunday were looking to harass Trump supporters but ended up fighting with the NYPD instead.

Anti-Trump rioters in search of a Trump caravan that's been making its way across the Empire State were looking for a clash, but three individuals in the anti-Trump group were arrested following a scuffle with police officers, The New York Post reported.

Video captured by The Post shows the cops shoving protesters and blocking their path on the sidewalk at West 24th Street and 10th Avenue.

“Stop! Stop pushing me!” one protester shouts as police barricade the street.

A later clip shot by The Post shows protesters hurling insults at cops.

Post-election riots seem just as certain as the pre-election ones, and business owners in the nation's capital are boarding up stores ahead of Tuesday's vote.

Democrats have remained largely silent as violent riots erupted throughout the country over the past several months. Frightening and intimidating Trump supporters appears to be the left's goal. Trump supporters have been assaulted, attacked, and even killed by leftists, and the rioters on Sunday were out searching for Trump supporters to target.

On Tuesday, we'll find out if the Democrats can terrorize the American people into voting for them.