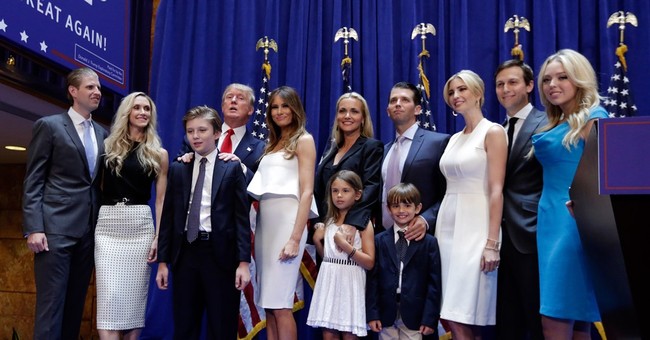 President Trump's children have been sending well wishes to their father and First Lady Melania following the couple's positive test results for the Wuhan coronavirus on Thursday.

Twitter has since announced they will suspend users who tweet such heinous things, but we'll believe it when we see it.

Ivanka Trump, an adviser to the president and Trump's second eldest, called her father a "warrior" and wished the first couple a speedy recovery.

Praying for the swift recovery of my father and Melania and for all those impacted by COVID-19.

As they fight this together, the President will continue to fight for the people of this great country.

You are a warrior and will beat this.

In a similar vein, the president's third child, Eric Trump, described his father as a "warrior" and expressed confidence that Trump would overcome the disease.

.@RealDonaldTrump is a true warrior. He will fight through this with the same strength and conviction that he uses to fight for America each and every day. I ask you to join me in praying for his recovery. I have never been more proud of someone and what they have had to endure.

Barron is 14 and too young to be on social media, where Barron would have undoubtedly seen left-wing Twitter wishing and hoping his parents to die.