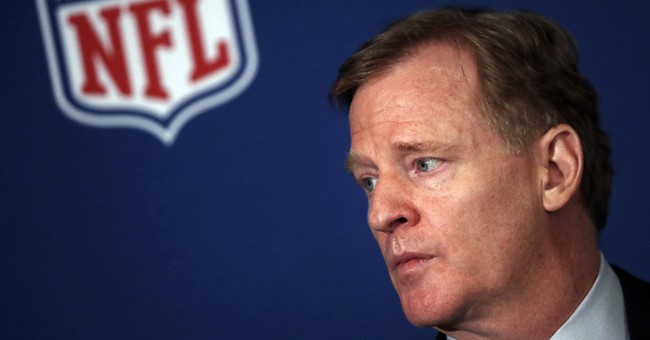 The National Football League, an organization once concerned with football, has launched a so-called anti-racism campaign in partnership with Roc Nation, an entertainment agency owned by the rapper Jay-Z. It should surprise no one that the campaign's latest public service announcement on "systemic racism" is being called out for misrepresenting the facts about a police shooting that took place in 2018. If "systemic racism" is real, why is it so hard to find real cases of it?

It's only the fifth video in the NFL's campaign and the California District Attorneys Association (CDAA) says the NFL has the facts wrong. The video is about the Sacramento police shooting of 22-year-old Stephon Clark, an unarmed black man. Clark's mother, Se'Quette Clark, narrates the video, describing her son as an "overachiever. ... charismatic. ... the life of the party. ... an awesome father. ... someone doing the right thing in their day-to-day life." Se'Quette then boasts about the passage of AB392, a California law that criminalizes police officers who make split-second, life-and-death decisions regarding the use of deadly force while protecting the streets. One would think the NFL would recognize Monday morning quarterbacking when they see it.

In their letter to NFL Commissioner Roger Goodell, the CDAA points out that helicopter footage along with "other physical evidence established that Mr. Clark committed several crimes including car burglary, vandalism and an attempted residential burglary." The letter also states that two reviews of the shooting both determined that the actions of the two officers involved -- one who is black -- were justified. Furthermore, the CDAA says Mr. Clark was under the influence of multiple drugs at the time of his death and involved in a domestic violence incident just 48 hours prior which rendered Mr. Clark suicidal. Clark's mother forgot to mention these small details.

In a news release about the video, Se'Quette thanked Roc Nation and the NFL for honoring her son's life, a life she says "was unjustly stolen" by two police officers. Se'Quette mentions the two officers by name before lamenting that they "are still employed and patrolling our streets."

The CDAA's letter concludes by asking the NFL commissioner to "examine the factual findings of Stephon Clark's death" and produce a new video "that accurately depicts the conduct of all concerned. ..."

But if one thing is clear by now, it's that facts and accuracy have no place in the NFL's campaign against "systemic racism."