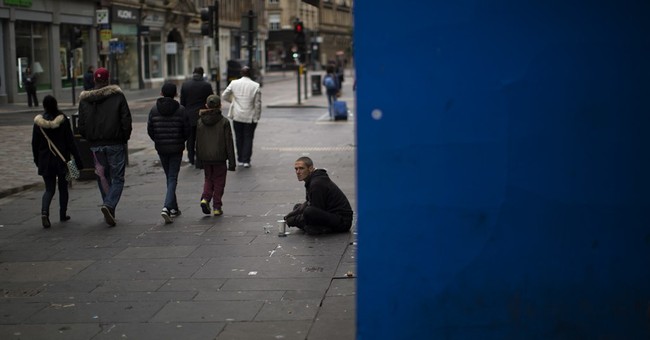 A stabber in Scotland has been identified as a Sudanese asylum seeker in his 20s. Badreddin Abadlla Adam, 28, stabbed six individuals, including two teens and a police officer, in an attack carried out in Glasgow on Friday. Police say the attack is not being treated as a terrorist incident.

During an interview with ITV News, a witness said the stabber told friends on Thursday about his plans to carry out the attack the following day. The witness said he relayed the man's threats to workers at the Park Inn Hotel where the men were staying. Apparently, the warning went unheeded.

The witness says Adam complained to him about being treated "improperly" by hotel staff and being served food of "bad quality."

"He said ‘I will attack’ so everyone should take it seriously," the witness reported. "He said to me. I told him ‘no, there’s no need to attack’ and he said ‘they hate me, I hate them, they are against me.'"

"I reported him to the hotel reception and then the next day, yesterday morning, the housing manager talked to me and I said to him everything he (the attacker) said to me," the witness continued. "And in the afternoon, [the stabbing] happened."

Another asylum seeker who knew Adam complained to Sky News that asylum seekers were being treated "like animals" and defended the attacker's actions by saying, "that will make them savages."

"It's not just dangerous for asylum seekers, it's dangerous also for Scotland and the UK," the woman warned.

One witness said Adam's mental health was likely affected after Adam was forced to spend an entire month in his hotel room. But during the coronavirus pandemic, millions have been couped up for several months and managed not to stab anyone.

Adam was shot and killed by police during the incident. Adam had arrived in the UK seven months earlier, spending time in Northern Ireland before his move to Glasgow.