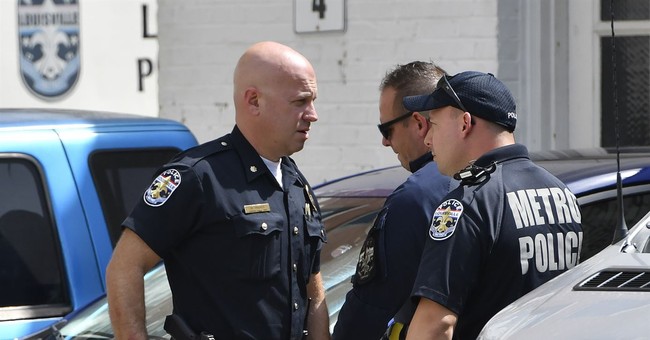 The 26-member Louisville City Council unanimously voted on Thursday to ban the use of no-knock search warrants. The ban is named "Breonna's Law" after Breonna Taylor, an African American woman who died while lying in bed next to her boyfriend as he fired at police officers.

Breonna's Law will ban any search warrant that does not require Louisville police officers to first knock and wait a minimum of 15 seconds before entering the premises, NBC News reported.

Louisville Mayor Greg Fischer, who suspended the use of no-knock warrants last month, said he will sign the bill as soon as it reaches his desk. The mayor called the measure "one of many critical steps on police reform that we’ve taken to create a more peaceful, just, compassionate and equitable community."

Plainclothes police officers were executing a no-knock warrant in a drug case at Taylor's residence shortly after midnight on March 13. Despite the no-knock warrant, police say officers knocked on the door several times and announced their presence before entering the residence. Upon entering the home, police say they came under fire by Taylor's boyfriend, Kenneth Walker, who shot a police officer in the leg. Police returned fire, striking Taylor a total of eight times as she laid in her bed.

Taylor's family attorneys have said Walker feared a home invasion and first dialed 911 before firing his weapon. Mr. Walker was arrested and initially charged with the attempted murder of a police officer, though that charge has since been dismissed.

Critics on both sides of the aisle have criticized the use of no-knock search warrants. In Jan. 2019, a shootout erupted after police executed a no-knock search warrant against 59-year-old Navy veteran Dennis Tuttle. The ensuing gunfire left both Tuttle and his wife dead and five Houston police officers injured. Officers were hoping to find large quantities of heroin but found only a small amount of drugs on the premises.

The New York Times found, from 2010 to 2016, that no-knock warrants resulted in the deaths of at least 94 people, 13 of which were police officers.

There may very well be a time and place for "no-knock" warrants, and perhaps an outright ban is a bit of an overreaction. But there does seem to be some common ground in curtailing their usage.

Sen. Rand Paul (R-KY) is filing legislation that would ban no-knock warrants in the United States.