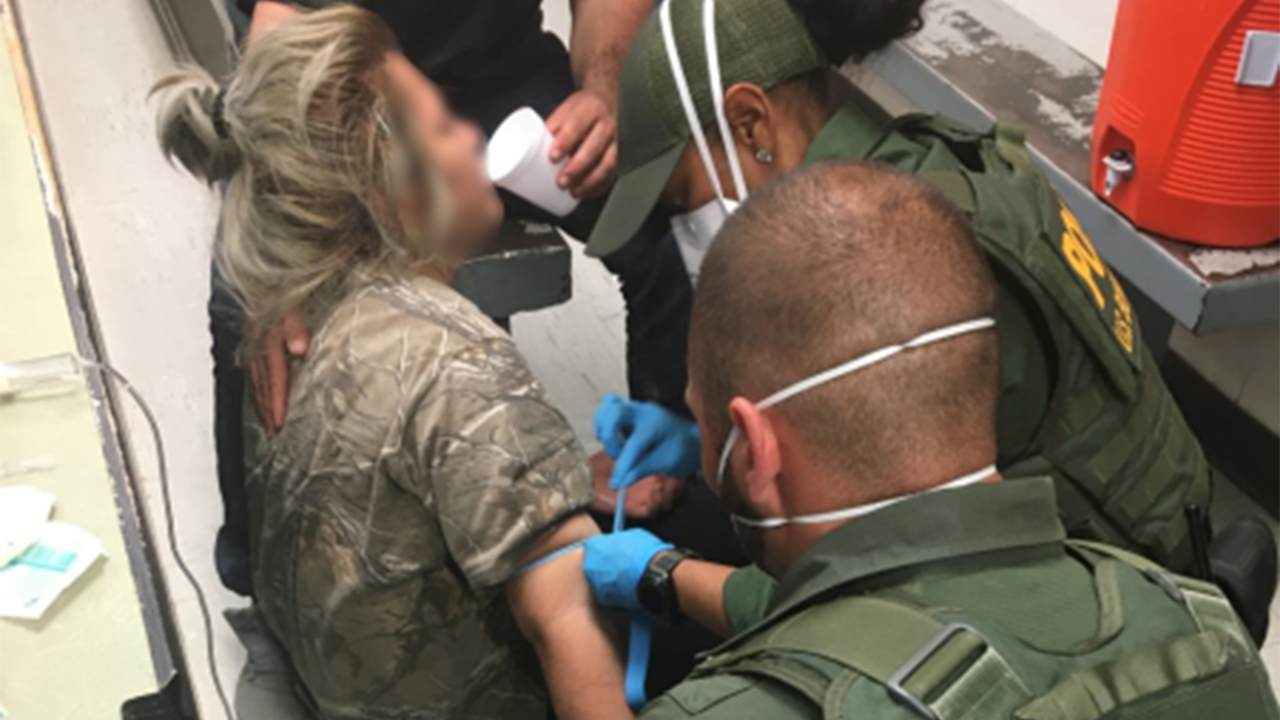 U.S. Customs and Border Protection (CBP) agents discovered 14 people concealed inside a pickup truck during a failed smuggling attempt on Monday. A Tucson Sector agent made the discovery during a vehicle inspection on the Geronimo Trail, east of Tuscon, Arizona.

Four individuals were concealed behind the seat of a Ford pickup truck and ten more beneath a fake, plywood bed covering. The driver, a Mexican national, was arrested and remains in custody pending federal smuggling charges. The 14 individuals, an Ecuadorian national and 13 Mexican nationals, were arrested for being illegally present in the United States.

In a separate incident, CBP agents in the Laredo Sector rescued 12 individuals after the driver absconded from a vehicle on a ranch northeast of Loredo, Texas. Following a search of the nearby area, 12 individuals -- including two women treated for dehydration, one of which lost consciousness -- were all taken into custody pending further investigation. The individuals were determined to be illegally present in the United States, having come from the countries of Mexico, Honduras, El Salvador, Guatemala, and Peru.