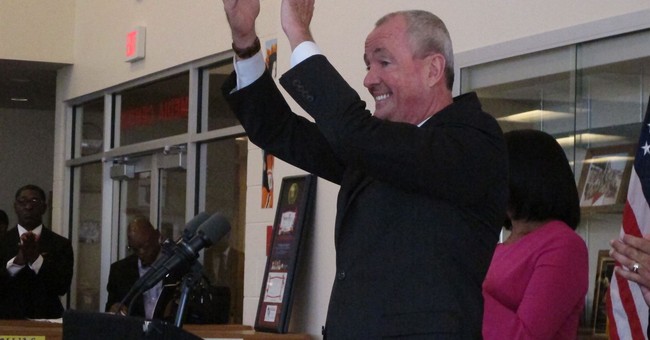 On Thursday, New Jersey Democratic Governor Phil Murphy praised Trump for his response to the Wuhan coronavirus pandemic. Gov. Murphy joins a growing chorus of Democratic leaders who have commended the administration's handling during the crisis.

Gov. Murphy met with President Trump at the White House on Thursday. The Democrat thanked the president and the administration for their quick response in building hospital capacity, setting up testing sites and acquiring ventilators.

"Whether it was ventilators, the Army Corps building out capacity, FEMA with our testing sites ... you all, literally in the here and now, this week, are helping us in a big way."

On the subject of ventilators, Gov. Murphy said he was forever thankful for Trump's quick actions during a time of "life and death."

"We got them and there's just no other way to put it, and I'm told that we are the number one state recipient of ventilators," Gov. Murphy continued, "and we were at the edge, and this is life and death stuff, and we got them and we are forever thankful for that."

Democrat NJ Gov. Phil Murphy: federal government “helping us in a big way,” we needed ventilators and “we got them”https://t.co/wME6IfuXqy pic.twitter.com/8hwCs3jVSK

Gov. Andrew Cuomo (D-NY) has been singing Trump's praises for the president's decisiveness and quick response in helping New York grapple with a severe outbreak of the Wuhan coronavirus.

On the other liberal coast, Gov. Newsom (D-CA) is also heaping praise on Trump for providing quick assistance while California dealt with their outbreak.

Even CNN's Dana Bash, no fan of the president, admitted that Trump was being "the kind of leader that people need" during "times of crisis and uncertainty."

You got to give credit where credit is due.