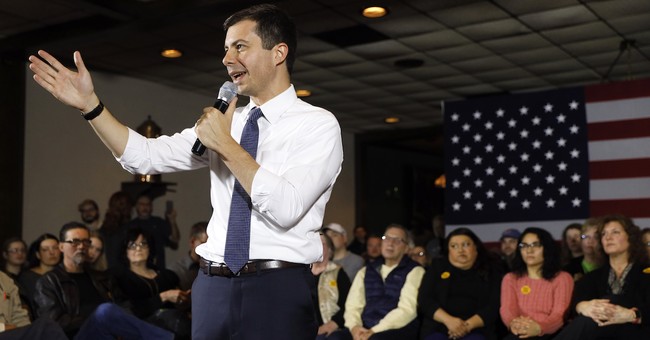 Former Vice President Joe Biden achieved a much-needed victory in the South Carolina Democratic Primary on Saturday. Following stunning defeats in Iowa and New Hampshire, Biden was banking on a strong showing in South Carolina to reinvigorate his failing presidential campaign. Biden won 48 percent of the vote in South Carolina, buoyed by strong support from black voters, around 60 percent of whom cast their ballot for Joe Biden. Meanwhile, former South Bend, Indiana Mayor Pete Buttigieg received a paltry two percent of the black vote, far below the mere eight percent or so he won from voters overall. The New York Times has taken notice of Buttigieg's failure in courting support from Black voters.

In October, Pete Buttigieg said he would do better with South Carolina’s black voters once they got to know him better.

When he came back in December, he was still working on introducing himself to the black electorate.

And in late January he admitted he was scared that at his rallies in South Carolina, where 60 percent of the Democratic electorate is black, most attendees were white.

Those fears were borne out on Saturday, when Mr. Buttigieg was trounced in South Carolina’s primary and earned just two percent of the vote from African-Americans, according to early exit polling.

What support he received came mostly from young black voters; he appeared to have barely any votes from African-Americans who are 60 and older, according to the exit polling.

The candidate was hoping to earn support from blacks by demonstrating the viability of his campaign with an early win in Iowa, anticlimactic due to the Democratic Party's incompetent handling of the results, and a tie with Bernie Sanders for delegates in New Hampshire. But the argument that Buttigieg's successes would translate into greater support from black voters fell apart on Saturday.

Buttigieg made some critical missteps during his campaign's early outreach efforts to court black voters. His campaign website used a stock image of a woman from Kenya as a graphic for an initiative that was geared towards black Americans. The candidate also claimed that his "Douglas Plan," a chief piece of policy outreach to the black community, had 400 endorsements from blacks in South Carolina. But the claim wasn't true. Many of the so-called endorsers never actually endorsed the plan, and some 42 percent of the so-called black endorsers turned out to be white people. Buttigieg also became the target of Black Lives Matter protesters in Jun. 2019.

Heading into Super Tuesday, the Buttigieg campaign put out a memo defining the campaign's strategy going forward. The campaign is reportedly focusing on hitting the viability threshold for winning delegates, 15 percent of the vote, on Super Tuesday and other primary races later in March. "The key to winning is to minimize Sanders' margins on Super Tuesday and rack up delegates in the following contests as the field winnows," the memo reads.

Over a third of state delegates are up for grabs on Super Tuesday when voters in 14 states head to the polls on Mar. 3.