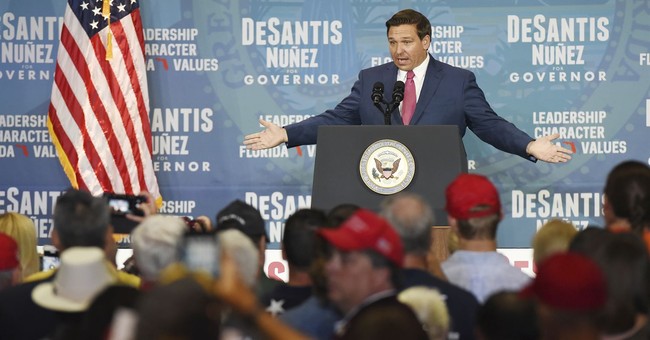 A majority of Hispanics in Florida support mandatory E-Verify for all companies in the Sunshine State, according to a new poll by St. Pete Polls. E-Verify is an internet-based federal system that checks an employee's information on the I-9 Form against records at the U.S. Department of Homeland Security and the Social Security Administration. It's a fast and accurate way to determine whether an employee has a legal right to work in the United States.

Florida Governor Ron DeSantis has spearheaded the proposal to implement the employment system throughout the state of Florida. DeSantis' embrace of E-Verify in the context of his strong stance against illegal immigration is commonly cited as one of the main reasons for DeSantis' upset victory over Adam Putnam in the 2018 gubernatorial election.

The new poll finds that 6-in-10 Florida voters back mandatory E-Verify, as do a majority of Hispanics, just over 56 percent. Breitbart's John Binder has more analysis.

Less than 30 percent of Florida voters said they oppose mandatory E-Verify and about 11 percent said they are unsure of where they stand on the issue.

DeSantis’s effort is supported by 6-in-10 swing voters, 77 percent of Republicans, and a plurality of 43 percent of registered Democrat voters — despite the big business lobby, Democrat and Republican political machines, and donor class attempts to stop mandatory E-Verify.

Black Floridians are the only racial demographic group to, by a plurality, oppose mandatory E-Verify with 43.5 percent opposition and 37.5 percent support.

The poll comes as the Silicon Valley cheap foreign labor lobbying group FWD.us, co-founded by Facebook CEO Mark Zuckerberg and billionaire Bill Gates, commissioned a study in an attempt to tank mandatory E-Verify in the state.

FWD.us claimed that by opening roughly 245,000 jobs to Americans and legal immigrants — jobs which are currently held by illegal aliens — Florida would be catapulted into an economic recession.

A similar poll out of Florida from November 2019 found that 70 percent of all Floridians support mandatory E-Verify — including 63 percent of Democrats and 74 percent of Hispanics.