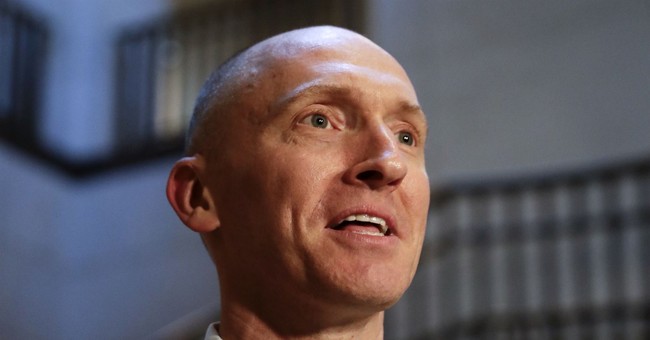 An FBI official is accused of altering a document related to the 2016 surveillance of former Trump campaign advisor Carter Page and is now under criminal investigation, CNN is reporting. Justice Department Inspector General Michael Horowitz has reportedly turned over evidence of the document to federal prosecutor John Durham.

CNN reports that alterations to the document "were significant enough to have shifted the document's meaning and came up during a part of Horwitz's FISA review where details were classified, according to the sources."

In October, the Justice Department announced its administrative review into the origins of the Russia investigation had shifted into a criminal inquiry.

CNN reports, "Some witnesses who have been interviewed in Horowitz's investigation have said they expect the inspector general to find mistakes in the FBI's handling of the FISA process, but that those mistakes do not undermine the premise for the FBI's investigation."

How good is the premise of the investigation if an FBI official had to alter a document to pursue it?

Even CNN knows this is damning news for the Resistance.

"The possibility of a substantive change to an investigative document is likely to fuel accusations from President Donald Trump and his allies that the FBI committed wrongdoing in its investigation of connections between Russian election meddling and the Trump campaign," notes the CNN article.

It looks like Horowitz's report, which will be released next month, is going to be a doozy. Next, we need an investigation into the origins of the whistleblower complaint.