Trump Administration to Deny Work Permits to Some Asylum Seekers 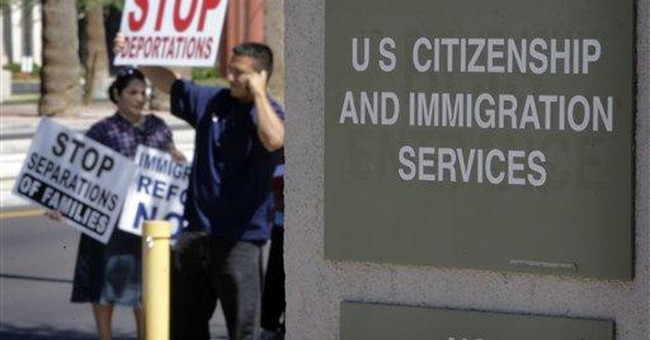 U.S. Citizenship and Immigration Services (USCIS) announced a proposed rule on Thursday that will prevent many asylum seekers from obtaining work permits while their asylum claims are being processed.

"Nothing in this rule changes eligibility requirements for asylum," according to the press release from USCIS. "Instead, this rule strengthens the standards that allow an alien to work on the basis of a pending asylum application."

Former Acting Department of Homeland Security Secretary Kevin McAleenan testified before Congress that a recent sampling of families crossing the southern border found 90 percent of asylum seekers failed to show up to their immigration hearings.

“Our immigration system is in crisis. Illegal aliens are gaming our asylum system for economic opportunity, which undermines the integrity of our immigration system and delays relief for legitimate asylum seekers in need of humanitarian protection,” Acting USCIS Director Ken Cuccinelli said in a statement. “USCIS must take steps to address pull factors encouraging aliens to illegally enter the United States and exploit our asylum framework. These proposed reforms are designed to restore integrity to the asylum system and lessen the incentive to file an asylum application for the primary purpose of obtaining work authorization.”