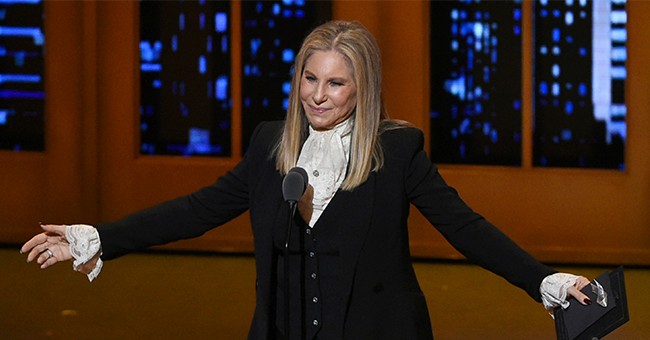 Trump Derangement Syndrome appears to be keeping Barbra Streisand up at night. In the early hours of Saturday morning, the 77-year-old singer Tweeted out a cartoon image depicting President Trump being impaled by an oversized, high heel shoe worn by Speaker Nancy Pelosi.

Trump clearly has no sense of policy, law or it appears, even common sense. His modus operandi is cartoonish violence. https://t.co/U5YVPCgLz5

Streisand literally just engaged in cartoonish violence. Hypocrisy seems to be the singer's modus operandi, and the media's for that matter. Earlier this week, the media was hysterical about a spoof video someone made that superimposed images of the president and mainstream-media logos to illustrate the president taking on his media critics.

Donald Trump Jr. pointed out the media's hypocrisy on Twitter, saying the media's "outrage only flows one way."

Looking forward to the media outrage like when someone shared a cartoon meme to 8 people depicting media violence. But seriously, who are we kidding? Their outrage only flows one way.

But the media's selective outrage is nothing new. It's just hard to imagine how they can be so hysterical one day and so hypocritical a few days later.