Secretaries of State Are Now Urging Travel Bans for Alabama 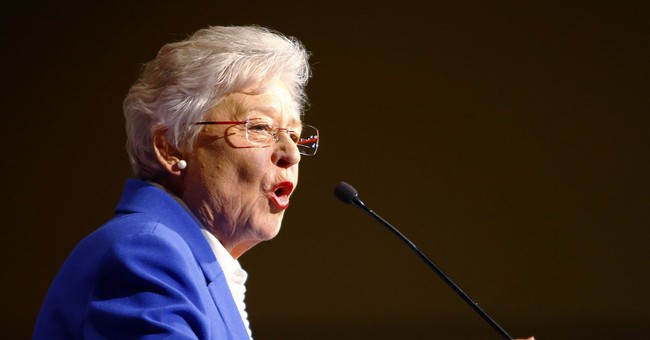 Colorado Secretary of State Jena Griswold is calling for a boycott of the state of Alabama, following the signing of a controversial bill outlawing abortion. Alabama Governor Kay Ivey signed the bill into law on Wednesday night.

It is the most restrictive abortion ban passed in the United States since Roe v. Wade became law in 1973.

Griswold, a Democrat, tweeted about the boycott Thursday night.

“I’m calling for a boycott of Alabama,” wrote Griswold. “Until Alabama allows for safe & legal access to health care for women, I will not authorize spending of state resources on travel to Alabama. I call on other state and local leaders in CO and across the country to join me in this boycott.”

A day earlier, Colorado senior senator Michael Bennett, now also a Democratic presidential hopeful, had tweeted that the new law is a “blatant and unconstitutional attack on women.”

Pro-abortion critics of the bill have taken issue with the fact that, in addition to banning abortion procedures, the legislation does not include exceptions for rape or incest.

“This restrictive law, which does not even allow exceptions for incest and rape, is appalling," Griswold said in a statement. "We should not spend Colorado state resources in a state that restricts women’s basic rights to health care.”

Griswold on Thursday said that Colorado Department of State employees regularly travel to the Election Center in Auburn, Alabama to receive Certified Election Registration Administrator training and certification. She is now calling on the Election Center to relocate out of Alabama, and said she no longer allow her employees to travel there for work purposes.

“Until the laws of Alabama allow for safe and legal access to health care for women, we call on the Election Center to move the location of its trainings from Alabama. I will not authorize the spending of state resources on travel to Alabama for this training or any other purpose,” Griswold said. “This is one action that I can take in response to this egregious law against women.”

A spokesperson for Griswold said Colorado staffers are not at the training that is happening currently, and that there is a regional training in Denver slated for June.

Griswold is not the only Colorado state employee to support an Alabama travel ban.

“I am supportive of the Secretary of State's decision to stop staff travel to Alabama," State Treasurer Dave Young said in a statement to Colorado Politics.

"The law passed this week in Alabama is a blatant attack on women’s rights. At this time the Treasury does not have any ties in Alabama or any staff travel planned to the state. If Treasury staff is presented with the opportunity to travel to Alabama we will certainly consider a boycott as an option."

Former Colorado Republican Secretary of State Wayne Williams, however, wonders whether his successor's boycott amounts to much more than bluster.

"There's very little need for anyone at the present time to go to Auburn, because we're doing a lot of election training here in the state, which minimizes the need for travel," Williams said in an interview.

"The fact that no one was scheduled to go to Alabama tells me this is more a political statement than it is an office-related issue. The office should be concentrating on issues connected to Colorado elections and business filings," he said.