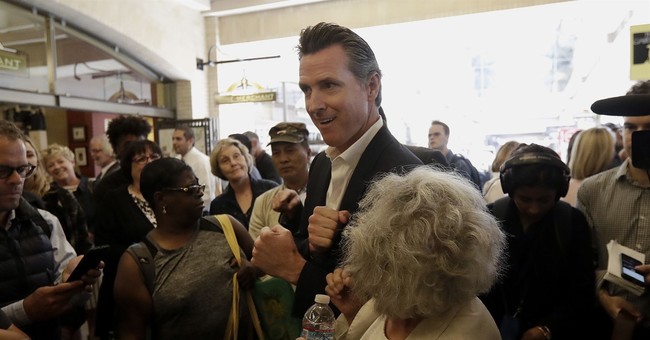 A bill that would require health clinics on college campuses to offer abortion pills to students is now advancing in the state of California, according to a report by Fox News.

Former governor of California Jerry Brown had vetoed the same bill back in October. Brown had argued that because abortion services were already “widely available off-campus,” the bill was unnecessary.

But state Sen. Connie Leyva, who serves as the bill’s chief sponsor, disagreed. Leyva argued that “students should not have to travel off campus or miss class or work responsibilities in order to receive care that can easily be provided at a student health center.”

At the time Gavin Newsom, the former lieutenant governor who later succeeded Brown as governor in January, told the San Francisco Chronicle that he “would have supported that [bill]” and subscribes to “Planned Parenthood and NARAL’s position on that.”

Newsom’s outspoken position in support of the bill has assured the bill’s supporters of its eventual guaranteed passage.

According to the legislation, the bill would go into effect beginning in 2023, and would require $10.2 million in private funds to cover equipment and training, the Washington Times reported.

California law stipulates that abortion be covered by health insurance policies. But while health clinics on college campuses offer a variety of birth control services, they do not currently provide the abortion pill itself.

Opponents of Senate Bill 24 argue that the bill will turn colleges into “abortion vendors,” and that student fees will inevitably go up in order to cover the costs. Others are concerned about the health risks involved in students having on-campus access to the abortion pill.

The California Catholic Conference, Inc., says the bill "blatantly discriminates against students and health care providers who do not support abortion and hold a pro-life point of view, and that by turning college campuses into a one-stop shop that offers abortions on-demand without connection to appropriate medical care."

Donna Harrison, executive director of the American Association of Pro-life Obstetricians and Gynecologists, also spoke out against the bill, saying abortion pills can be deadly.

"The false idea that drug-induced abortion is 'safe' is an often repeated mantra which flies in the face of the fact that studies show almost one out of five women will experience a major complication like excessive bleeding, infection, tissue left inside or other complications resulting in an emergency room visit and possibly emergency surgery to complete the abortion," Harrison told The College Fix.

The Capitol Resource Institute (CRI) also opposed the bill and said that requiring abortion be available at all public universities "will cut down the effort, and therefore the thought, behind making a decision to get an abortion."

In order to become law, the controversial legislation must first pass through the California state Senate’s education and appropriations committees before a full Senate vote. But with Democrats controlling both chambers, and Governor Newsom’s pledge of support, it is likely the bill will pass.