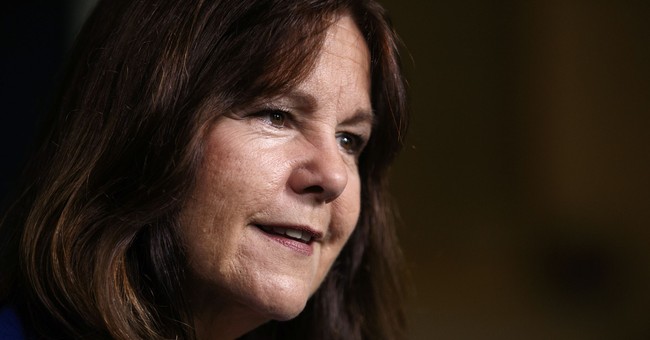 A Washington, D.C. school has said it will not play sports at the school where Second Lady Karen Pence teaches part-time, because of concerns over perceived safety.

Sheridan School serves K-8 students in northwest D.C., and has an annual tuition of over $36,000 per year. Headmaster Jessica Donovan sent a letter to parents stating that the policies at Immanuel Christian School, where Pence works, are “an obvious challenge” due to the school’s “fundamental belief in diversity and inclusion.”

Initially, the plan was for students playing in away games to wear rainbow socks or warm-up jerseys in order to demonstrate LGBTQ support. But now, Donovan has completely banned the students from playing sports at the Virginia elementary school on account of some of them saying “they feel unsafe” in that environment.

"As we talked more, we understood that some students did not feel safe entering a school that bans LGBTQ parents, students or even families that support LGBTQ rights," she wrote.

“Forcing our children to choose between an environment in which they feel unsafe or staying home was not an option,” wrote Donovan. “So we decided that we would invite ICS to play all of the games at Sheridan. Since ICS declined our offer to host, we will only play our home games and will not go to ICS to play.”

Sheridan administrators, faculty, and students reportedly had several conversations about playing in sports games against Immanuel. They had played them in the past, according to Donovan, but that was apparently before they learned of the school’s policies surrounding LGBTQ issues.

Immanuel Christian School requires that employees pledge that they believe marriage is both monogamous and heterosexual, and that they won’t pursue “homosexual or lesbian activity” or promote “transgender identity.” The school is apparently able to deny admission or remove a student who’s engaged in behavior that is “in opposition to the biblical lifestyle the school teaches.”

Since Pence took the part-time job as an art teacher at Immanuel, the school has been targeted by a number of progressive groups. Fox News reports that the NOH8 Campaign, the Human Rights Campaign, The Trevor Project, and CNN anchor Chris Cuomo have all come out in opposition to both Pence and the school, claiming that it ascribes to historic Christian values in the areas of marriage and sexuality.

The hashtag #exposechristianschools was also trending on Twitter, prompting Vice President Mike Pence to defend his wife and the school, saying “the attacks on Christian education must end.”

Kara Brooks, spokeswoman for Karen Pence, said in a statement that Pence had worked at Immanuel Christian School for 12 years prior to when she and Vice President Pence began working in the White House.

“It’s absurd that her decision to teach art to children at a Christian school, and the school’s religious beliefs, are under attack,” Brooks said.

But according to Donovan, the administrators at Sheridan School strive to “separate the ideals of Christianity with the policies of this particular school, as we play many Christian schools that support LGBTQ rights.”

Going forward, Sheridan will play against the Virginia Christian school in home games, but students will wear rainbow socks to demonstrate their support of LGBTQ rights.