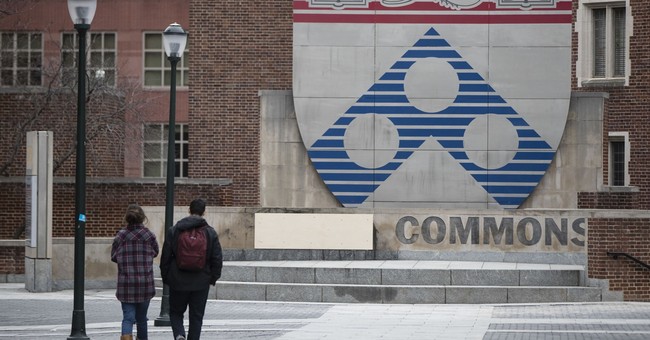 Thanksgiving is typically a time for American families to gather together around the table, enjoy a good meal, and reflect upon what they are thankful for.

But for college students at the University of Pennsylvania, the holiday is now also an opportunity to be lectured on America’s “anti-Indigenous racism.”

A graduate student identified as Jax Lastinger is hosting the controversial event at U Penn’s Stouffer College House on Saturday, one day prior to the building’s annual Thanksgiving meal.

According to Fox News, Stouffer College House is known to be one of the most popular housing communities on the UPenn campus. The facility reportedly houses 300 undergraduates, and 10 graduate assistants, or GA’s.

Lastinger’s talk will be titled “A Conversation on Racism – Considerations on Thanksgiving and ‘American’ Politics.”

“Thanksgiving is a holiday that is often framed as a time to be thankful for the bounty we have,” reads the event description. “However, the roots of this holiday lay in the strained history of the United States. In this conversation, we will explore the ways that Native Americans are erased from our culture in the context of Thanksgiving…navigating anti-Indigenous racism in the contemporary context.”

Lastinger, who reportedly goes by they/them pronouns, will lead the conversation. The GA “identifies as white and doesn’t position themselves as an expert on this topic,” but is “invested in anti-racism politics.”

But Igor Bronz, himself a former graduate assistant at UPenn, said he can’t imagine how this event was ever approved in the first place. The recent UPenn graduate told Campus Reform that he has “several reservations” about the upcoming conversation, and that although it is part of the graduate assistant’s job to organize such events for dorm residents, “these events generally consist of inviting an expert speaker such as a professor to talk about the subject.”

“I have never experienced an event where an RA or GA attempted to facilitate the discussion themselves as the primary subject of the event unless of course,” Bronz went on, “this GA happens to be an expert, which this one claims to be.”

"So we have an admitted non-expert, non-historian attempting to talk about history and complex cultural affairs,” Bronz said, "attempting to speak to a bunch of impressionable freshmen about a topic they are not an expert in, and there is no professor or expert there to at least steer the conversation in a useful direction."

Campus Reform reportedly reached out to the university for comment, but did not hear back prior to publication of their article.

"Forget the fact that this GA is going to go on a fact-free leftist tirade about what they think racism is,” Bronz said. “The event simply does not meet the academic requirement of being a useful event."