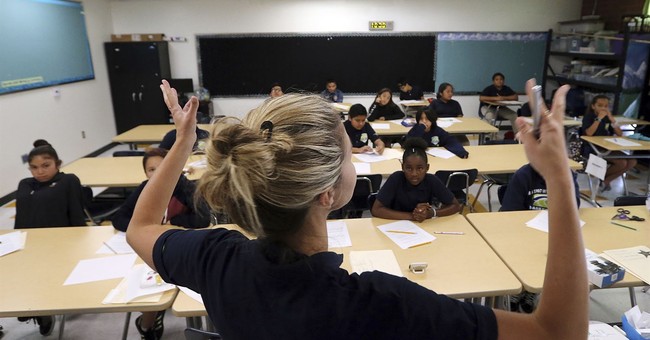 When a school district is struggling, parents will often choose to avail themselves of an educational alternative for their children.

Soon though, parents in Mississippi’s Jackson Public School District may not have that option.

The liberal Southern Poverty Law Center--perhaps best known for its extensive list of “hate groups”, which has come to include Alliance Defending Freedom, Family Research Council, and the American College of Pediatricians--has now set its sights on Mississippi charter schools.

In 2016, the SPLC filed an anti-charter lawsuit on behalf of a group of Jackson parents. They claimed that local district charter schools were hurting public school students in the Jackson Public School District, and that Mississippi’s laws governing the funding of charter schools are unconstitutional.

Mississippi’s state constitution stipulates that a school district’s ad valorem (or locally funded) taxes may only be used for schools overseen by the district, and which are “free schools.”

Mississippi state law defines charter schools as “free public schools” that may not charge tuition, and which report to the Charter School Authorizer Board.

Jackson Public School District serves approximately 27,000 students, the vast majority of whom are African American. 76.6% of Jackson students are reportedly eligible to receive free lunch. The district presently utilizes upwards of 200 long-term substitutes, as the result of over 15% of teachers leaving at the end of the 2017 school year.

Also last year, the Mississippi Charter School Authorizer Board received a grant of $15 million, to be distributed over the course of five years, from the US Department of Education. The board plans to use 90% of the funds to subsidize the startup of 15 new charter schools, which they hope will provide an alternative to the struggling public district schools.

This past February, Hinds County judge Dewayne Thomas found insufficient evidence of Southern Poverty Law Center’s claim that charter school funding in Mississippi is in violation of state law. The case is now currently on appeal in the Mississippi Supreme Court.

Charter schools remain a lightning rod in American politics. US Secretary of Education Betsy DeVos has expressed her support for charter schools, pointing to how they help disadvantaged students get ahead, and offer interest-based alternatives to public schooled students.

There has been no ruling yet from the Mississippi Supreme Court.