Father Sues Hospital, Organ Donation Network After Daughter's Organs Are Harvested Against His Will 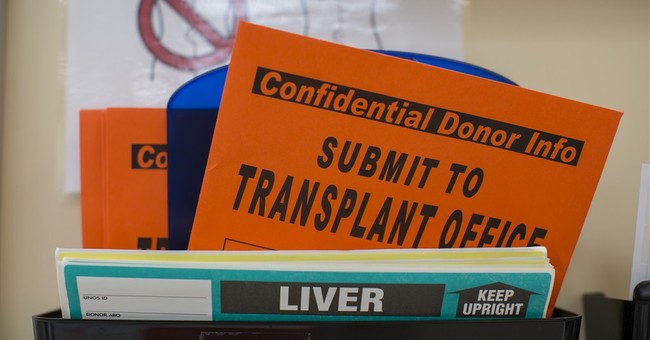 A California man is suing both a hospital and organ donation network, claiming they harvested his daughter’s organs against his will.

Brittany O’Connor died last November. The Fresno, California mother of two had been rushed to the hospital after attempting to kill herself by strangulation. She was placed on life support, and not expected to survive.

According to O’Connor’s attorneys Thornton Davidson and H. Ty Kharazi, this is not the first time the two groups have engaged in what they claim is “a pervasive and unlawful scheme to harvest organs from terminal patients.” They are pursuing class-action status for their lawsuit.

Vice president of communications and public affairs for Community Regional Medical Centers (which oversees the hospital where Brittany O’Connor died), Michelle Von Tersch, offered the following in response: “While we won’t comment on the particulars of pending court proceedings, we do follow applicable laws for all organ donations, which saves so many lives each day. We extend our heartfelt condolences to Brittany’s family members for their tragic loss. We know it is a terrible time for them.”

The lawsuit claims that when O’Connor objected to his daughter’s organs being harvested, CRMC “falsely characterized him as a threat to staff and called security, which called the Fresno Police Department, which sent an officer who escorted O’Connor from the hospital.”

O’Connor’s attorneys believe their claims are supported by both Brittany O’Connor’s medical reports, and a video recorded by a police officer’s body camera.

In the video, O’Connor can be seen at his daughter’s bedside, where he tells the police officer that she is not in fact brain-dead, and that he does not wish for her organs to be harvested.

“They want me to pull the plug, but she is breathing on her own,” pleads a desperate O’Connor.

Saying he was sorry, the officer told the grieving father he’d been ordered by security to escort him out of the hospital for trespassing. Then, he gave him time to say goodbye--though just three minutes, according to O’Connor.

Community Regional Medical Center and Donor Network West are being accused in the lawsuit of violating the Uniform Anatomical Gift Act.The California law, passed in 2007, establishes regulations for organ donation. According to the lawsuit, both parents must give their permission for a donation to occur.

Yet only Brittany O’Connor’s mother signed the documents that permitted Brittany’s organs to be harvested.

The lawsuit alleges that Shawna and “Mike” O’Connor, who are divorced, could not come to an agreement about the fate of their daughter. Brittany’s mother wanted her to be removed from life support and into comfort care, while her father felt she should be given 30 days on a ventilator first.

After a meeting with Brittany’s treatment team, Shawna allegedly told doctors and nurses that Mike was “abusive” and “estranged from” his daughter. Mike claims that he was never notified about what he believes to be false allegations against him.

Yet according to the lawsuit, those allegations are precisely what led to Shawna being designated by CRMC as the “ethically appropriate person to make end-of-life decisions for her daughter and to establish grounds for the future organ harvesting.”

Brittany’s heart, liver, and kidneys were donated to transplant patients at Stanford Medical Center, and her lungs to UC San Francisco for medical research. The lawsuit claims Mike was never even notified that his ex-wife signed the papers authorizing the donations.

Brittany O’Connor was 26-years-old when she died.