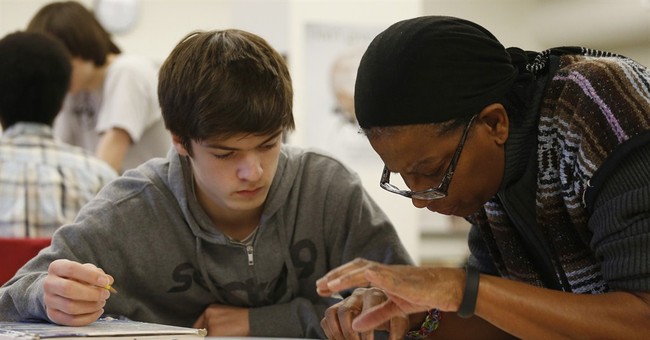 The US College Board is making news again.

This time, they’ve raised the ire of not only a number of high school history teachers, but also some in the Jewish community as well.

The problems began last month, when the board announced drastic revisions to the AP World History exam--namely, that the test will no longer cover any history prior to the year 1450. This would necessarily eliminate key historical concepts like the Roman Empire and Chinese dynasties, and the Incas and Aztecs.

It would also exclude important Jewish historical figures such as Abraham, Moses, David, and Solomon.

High school students complete the year-long Advanced Placement course with the hopes of eventually passing the test, and consequently earning college credit in the area of world history. If adopted, the college board’s latest proposal would result in an enormous swath of that history--particularly that of non-Western civilizations--being stricken from the curriculum.

Schools wishing to continue teaching ancient history would then necessarily need to offer two years of the subject. But the AP test will only reflect the second half, from 1450 on. And the cost of adding a second course will not be feasible for already-strapped-for-cash high schools, not to mention the fact that it’s unlikely students will opt in to a completely optional history class.

According to the college board, the controversial proposal reflects a desire to limit the amount of material covered in the course. Granted, it’s a lot for any teacher to get through in one year. But based on a list of the 200 most important people in history, compiled by Time Magazine with the help of astrophysicist Michael H. Hart and the MIT Pantheon project, the change would eliminate fully 40% of history’s best and brightest.

For those wondering, the only Jewish people from Time’s list covered by the revised history course are Karl Marx, Sigmund Freud, Albert Einstein, and Gregory Pincus--known for co-inventing the birth control pill.

Sacred Jewish religious figures from the Torah (or for Christians, the Old Testament) would be relegated to the optional, pre-AP course.

Tyler George, an AP World History teacher from Michigan, has voiced his concerns.

“In a world that is fueled by quick reactions on social media, bias news (in all directions) and people responding on passion rather than facts, AP World History is needed more than ever,” he told Politico.

Teachers like George feel so strongly about the proposal that they recently held a protest at an open forum in Salt Lake City, Utah, with senior vice president of Advanced Placement and instruction at the College Board, Trevor Packer. And due to what Packer says are “particularly balanced, thoughtful, and productive suggestions” from teachers, the College Board is now reconsidering the proposed sweeping changes. But it is still likely that the course will indeed be broken into two parts.

A number of colleges and universities have threatened to revoke offering World History credit to incoming students, if the College Board goes through with the plan.

The College Board’s final decision is set to be announced in July.