Irish Catholic Hospitals Will Be Required to Perform Abortions 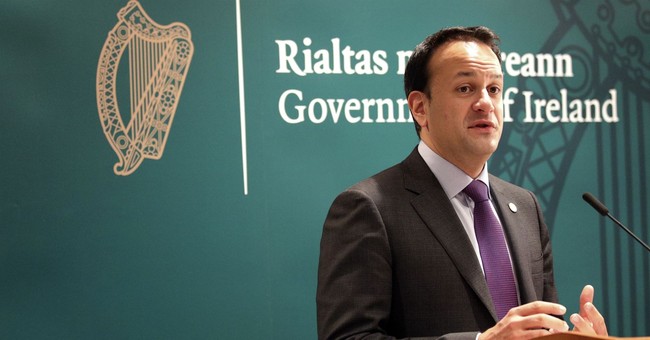 Last month, Ireland voted to repeal a ban on abortions.

Now, their prime minister has announced that Catholic hospitals will be required to perform them.

In a recent session with Irish parliament, Ireland prime minister Leo Varadkar said that although doctors, nurses, and midwives may opt out of the procedure based on conscience grounds, entire institutions (like hospitals) may not.

"It will not, however, be possible for publicly-funded hospitals,” Varadkar stated, “no matter who their patron or owner is, to opt out of providing these necessary services which will be legal in this state once this legislation is passed by the Dáil and Seanad (senate)."

Ever since Ireland’s landslide vote in favor of legalizing abortion, parliament has been working to draft legislation that will put the new laws into effect. In short, any woman will soon be able to get an abortion up to the point of 12 weeks gestation, and in extreme cases, through the 24th week of pregnancy. This is said to be modeled after 2013’s Protection of Life Act, which both allowed women to obtain abortions in “extreme medical circumstances”, and medical personnel to opt out of performing the procedure if they so desired.

The president of the National Association of General Practitioners in Ireland, who self-identifies as pro-choice, recently stated that just 20% of GPs are presently willing to provide abortions. Furthermore, and perhaps more importantly, 85% of general practitioners believe that abortion is not to be considered part of “routine general practice.”

Translation: an overwhelming majority of Irish doctors don’t believe that aborting babies is essential to the practice of medicine.

Which is why the NAGP, in contrast to Prime Minister Varadkar, is arguing for an “opt-in” versus “opt-out” system for doctors.

Catholic hospitals, however, seem to be out of luck--and will be expected to provide abortion services in keeping with the law of the land, because unlike individual doctors with conscience rights, they are considered institutions.

Irish Catholics have been fighting this battle for some time.

Back in 2013, and in reference to the passage of the aforementioned Protection of Life Act, Cardinal Sean Brady, Archbishop of Armagh, warned that hospitals with a Catholic ethos may indeed decide to sue the government over the section of the bill requiring them to offer abortions in extreme medical circumstances. Calling the legislation “totally unacceptable”, “potentially menacing”, and a “denial of fundamental religious freedoms”, Cardinal Brady spoke of the “serious implications for the existing legal and constitutional arrangements that respect the legitimate autonomy and religious ethos of faith-based institutions.”

As of 2017, three hospitals in Ireland were reportedly owned by the Catholic religious order Sisters of Mercy. In a document released by the order last year, it was stated that “In our healthcare facilities any such procedures in which we do not respect the life and physical integrity of each human being from conception onwards violate the mission of safeguarding life and health.” The document goes on to read that “the morning-after pill, IVF, vasectomies, sterilisation of women and abortion are all forbidden.”

Will Leo Varadkar’s radical new pro-abortion policies be the death knell for Catholic hospitals in Ireland? At this point, it’s looking like a very real possibility. With no legal provision for institutions to opt out, Catholics may decide to opt out of the institutions altogether.

The Catholic Church remains the largest non-government provider of healthcare services in the world.