Do 21 States Have a 'Strong Constitutional Case' Against Biden for Halting the Keystone Pipeline? 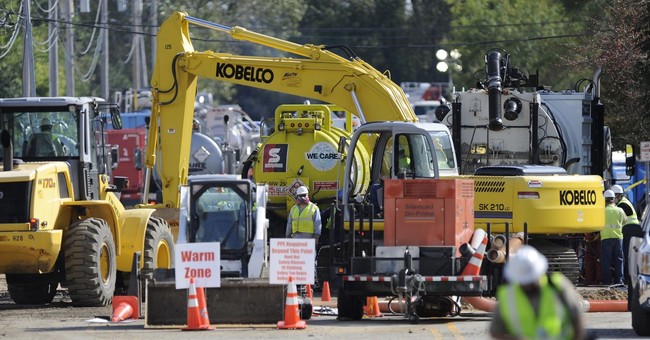 Earlier this month, a group of 21 states filed a lawsuit against the Biden administration over the president's decision to halt the construction of the Keystone XL Pipeline, which would transport barrels of oil from Canada and Montana to refineries in Texas.

According to Montana Attorney General Austin Knudsen, one of the lead plaintiffs in the case, the 21 states have a "strong constitutional case" against the Biden administration.

“Interstate and international commerce, according to the Constitution, has to be regulated by Congress not by the president. And that’s really the crux of our argument here," Knudsen told Breitbart News Sunday. “I think we have a strong Constitutional case."

This is the reoccurring theme throughout the lawsuit. The states argue Biden violated the Constitution when he used executive action to cancel the Keystone XL Pipeline, even after receiving Congressional approval back in 2011.

"The President lacks the power to enact his 'ambitious plan' to reshape the economy in defiance of Congress’s unwillingness to do so. To the extent that Congress had delegated such authority, it would violate the non-delegation doctrine," the lawsuit states. "But Congress has not delegated such authority: It set specific rules regarding what actions the President can take about Keystone XL and when. The President, together with various senior executive officials, violated those rules."

Not only does canceling the pipeline have a detrimental impact on the local jobs and the economy, but public services – fire departments, police departments, schools, and roads – suffer without the additional tax revenue. The poorest counties throughout Montana were going to benefit from the Keystone, Knudsen said.

Based on Biden's decision to cancel the Keystone Pipeline, the states say they will see a drastic loss in tax revenue. It's estimated that $4 million in tax revenue will be lost over the span of one-year in counties that would house construction workers building the pipeline. Another $66 million in short-term revenue from sales and uses taxes would be lost across all the states impacted, the lawsuit states.

According to Knudsen, if a president wanted to kill the project, it should have been then-President Barack Obama.

“[The pipeline] has been vetted for years. It was actually already approved by the U.S. Congress once, clear back in 2011," he told Breitbart. “President Obama at that time had his chance to veto that bill and he didn’t do it."

This is another example of executive overreach. Biden has marked the first few months of his presidency with a record number of executive orders. But no one should be surprised. He's trying to outdo his former boss, Barack Obama. Biden probably figures if he legislates with a pen that he'll be just as charismatic and popular as Obama (even though it will never happen).