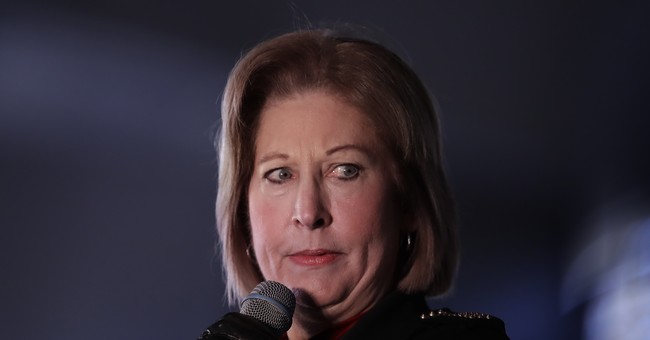 According to Powell, what she said fell under First Amendment protections and were her opinions, not something rooted in facts. Her legal team made the argument that “reasonable people would not accept such statements as fact but view them only as claims that await testing by the courts through the adversary process.”

"Given the highly charged and political context of the statements, it is clear that Powell was describing the facts on which she based the lawsuits she filed in support of President Trump. Indeed, Plaintiffs themselves characterize the statements at issue as 'wild accusations' and 'outlandish claims,'" the motion reads.

"...the speech at issue here is not actionable. As political speech, it lies at the core of First Amendment protection; such speech must be 'uninhibited, robust, and wide-open,'" the motion says. "Additionally, in light of all the circumstances surrounding the statements, their context, and the availability of the facts on which the statements were based, it was clear to reasonable persons that Powell’s claims were her opinions and legal theories on a matter of utmost public concern. Those members of the public who were interested in the controversy were free to, and did, review that evidence and reached their own conclusions—or awaited resolution of the matter by the courts before making up their minds. Under these circumstances, the statements are not actionable."

“It’s her opinion, based on her view of the factual affidavits that were presented to her,” Kleinhendler told the Wall Street Journal.

“Powell’s attempt to dismiss the case contradicts her claim that she wants to present her evidence in court. Dominion Voting Systems is eager for the case to move forward and intends to hold Powell accountable," Clare told the WSJ in a statement.

Should the judge refuse to dismiss the case, Powell's attorneys are asking the federal court to move the case from Washington, D.C. to Texas, where she resides.