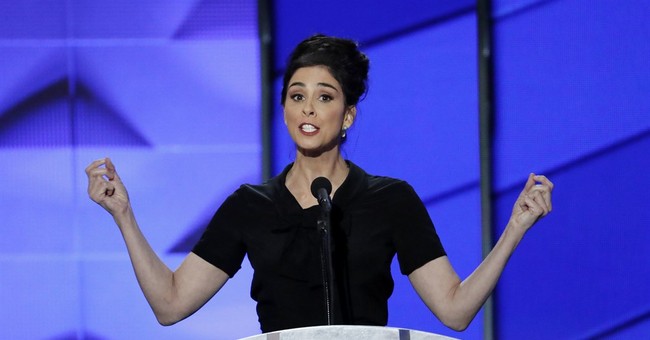 Comedian Sarah Silverman is a long-time member of the Democratic Party. She's made appearances at the Democratic National Committee. She's been outspoken for her support of twice-failed presidential candidate Sen. Bernie Sanders (D-VT).

But, according to Silverman, she no longer wants to be associated with any political party because of the "baggage" and "elitism" that comes with each party.

"It's the absolutist-ness of the party I am in that is such a turnoff to me. It's so f***ing elitist, you know, for something called 'progressive,' it allows for zero progress," she explained. "It's all or nothing. No steps towards. All or f***king nothing."

According to the comedian, every political party comes with the baggage she's referring to. So much so that "no ideas can be taken at face value."

"And without ideas, what are we?" she asked rhetorically. "Without a common truth, how can we talk about it?"

Silverman used an example of both political parties being suspicious of the other side. There are policies most Americans can agree with and be considered decent ideas, but that depends on who brings them forward and their political affiliation.

It's that "sh**t" that has created division in our society which has prohibited America from "being a nation of ideas."