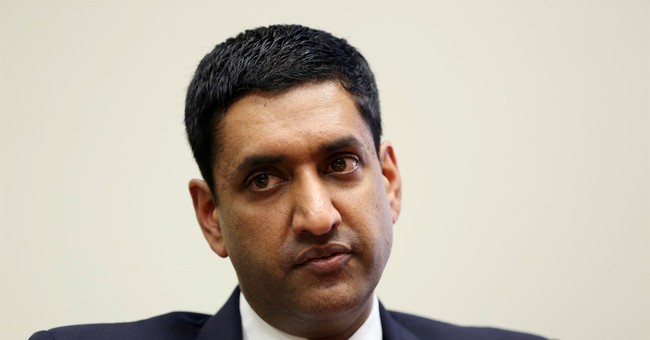 Millions of Americans are out of work due to the Wuhan coronavirus pandemic. Thousands more are unemployed because of President Joe Biden's decision to cancel the Keystone XL Pipeline. Despite the tough times, progressive Rep. Ro Khanna (D-CA) believes "now is the right time" for Congress to press forward with a $15-an-hour minimum wage, something they tied to the latest COVID relief package.

According to Khanna, Amazon and Target made a decision to raise their minimum wage to $15-an-hour across the nation. As a result, Khanna says, the companies have produced more jobs (yet he doesn't take into account that more people are shopping online due to lockdown restrictions and the pandemic).

We have evidence that a national $15/hr wage works. Amazon & Target did it nationally and they have created more jobs. @arindube’s study shows that it has minimal negative job impact and can create more regional jobs by putting more money in people’s pockets. pic.twitter.com/s671VlfWL2

The most concerning aspect, however, is Khanna knows pushing up the minimum wage would be detrimental to small businesses, yet he doesn't care.

"Businesses like Amazon and McDonald's, for example, can and perhaps should, pay more, but I'm wondering, what is your plan for smaller businesses?" CNN's Abby Phillip asked. "How does this, in your view, affect mom and pop businesses who are just struggling to keep their doors open, keep workers on the payroll right now?"

According to the congressman, if workers were paid for their productivity, they would be making $23-an-hour.

"I love small businesses. I'm all for it but I don't want small businesses that are underpaying employees," he said. "It's fair for people to make what they're producing and I think $15 is very reasonable in this country."

Dem Rep: “we don't want" the small businesses that would be forced under by a federal wage mandatehttps://t.co/uzKBVocjXG pic.twitter.com/59Mgv3ETaj

When asked whether or not progressives were prepared to compromise on COVID relief and remove the $15 minimum wage, Khanna retorted by saying moderates should be the ones compromising.

"Why isn't this question asked of moderates? They have to compromise sometimes," he explained. "I've voted for every single CARES package to date in the Congress and there were many times there were provisions I didn't like. ... But I still voted for it because of the urgency to getting money to people."

The congressman says "moderates" can disagree with the minimum wage proposal and still vote for the package.

Why aren’t we asking the moderates to comprise this time on final passage so we can get a $15 min wage, which the overwhelming majority of Americans want? pic.twitter.com/vslkKqJ0ir