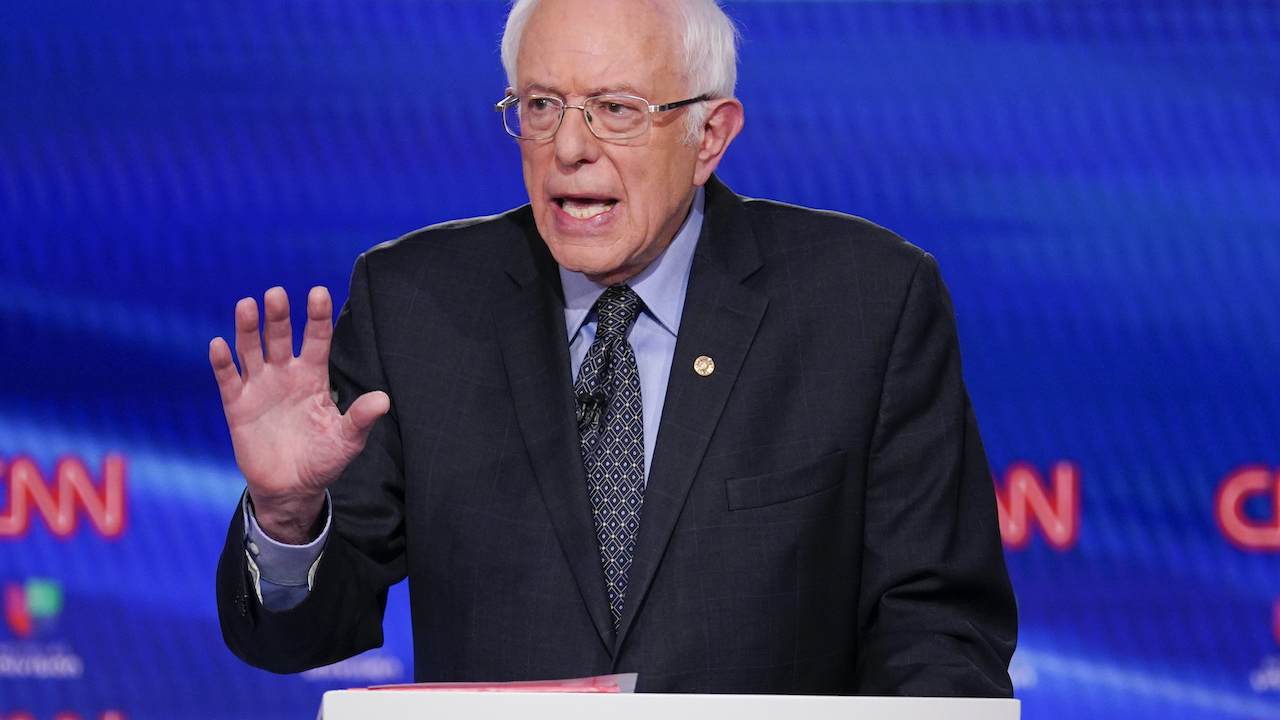 Sen. Bernie Sanders (D-VT) emailed his supporters Sunday night asking them to sign a petition calling for President Donald Trump's impeachment. He made the argument that Vice President Mike Pence, along with 15 of his cabinet members, need to invoke the 25th Amendment so Trump is immediately removed. On top of that, Sanders believes the House of Representatives should move forward with the impeachment process.

The head scratcher, however, is that Sanders mentioned a number of "needs for the working class," including raising the minimum wage, addressing health care concerns and climate change. None of those have to do with President Trump, the riots that took place at the Capitol or their impeachment push.

Below is the full email:

It goes without saying that Donald Trump will go down in history as the worst and most dangerous president ever.

Yes, the vice president and cabinet members must invoke the 25th Amendment now to remove him from office.

Yes, the House of Representatives should immediately begin an impeachment process.

And yes, we should convict him as quickly as we can in the United States Senate.

Donald Trump must be removed from office before he incites more violence and chaos. But more than that, Trump's impeachment and conviction will set a precedent that will make it clear that no president, now or in the future, can lead an insurrection against the U.S. government. Trump's impeachment will help maintain the integrity of the U.S. Constitution.

But while Trump's outrageous behavior, and the mob storming of the Capitol, is the issue that is understandably dominating discussion now, we must not lose sight of the unprecedented pain and desperation felt by working people across the country as the pandemic surges and the economy declines. We must, immediately, address those needs.

In other words, Congress must have the courage and determination to simultaneously address both crises.

We must remove Trump from office AND address the needs of the working people in this country. Add your name if you agree.

Because the 500,000 Americans who were homeless and the 30 million more facing eviction last week are still worried about keeping a roof over their heads this week, and they need our help.

Because during the midst of a murderous pandemic which is getting worse and worse every day, the 90 million Americans who were uninsured or underinsured last week still are worried about being able to afford to go to a doctor this week, and they need our help.

Because the millions of Americans working two or three jobs to pay the bills because we have a national minimum wage of $7.25 an hour this week will still be getting paid a starvation wage next week, and they need our help.

Because the women in this country who have been earning 80 percent or less on the dollar of what men make for doing the same work they did last week, will still be making less than that whole dollar this week, and they need our help.

Because those who suffer because of drought, floods, extreme weather disturbances, disease, acidification of the oceans and migrations caused by the existential threat climate change that was here last week will still be here next week, and they need our help.

Sisters and brothers, going forward and starting immediately, Democrats must not only work to remove Donald Trump from office and ensure he can never run again, but we must also start passing an aggressive agenda that speaks to the needs of the working class in this country: income and wealth inequality, health care, climate change, education, racial justice, immigration and so many other vitally important issues.

We must lift people out of poverty, revitalize American democracy, end the collapse of the middle class, and make certain our children and grandchildren are able to enjoy a quality of life that brings them health, prosperity, security and joy.

The old way of thinking is what brought us Donald Trump.

Our bold and progressive agenda is what will defeat Trumpism once and for all while making the United States the leader in the world in the fight for economic and social justice, for environmental sanity, and for a world of peace.

This email is further proof the left really is out of touch with Americans. The average family is worried about getting through his pandemic, keeping a job, putting food on the table and a roof over their head. President Trump leaves office in 10 days. Have the Democrats learned absolutely nothing from their last impeachment push? It didn't sit well.