WATCH: Ossoff Pushes a Complete Lie About Loeffler When Appealing Directly to the Fox News Audience 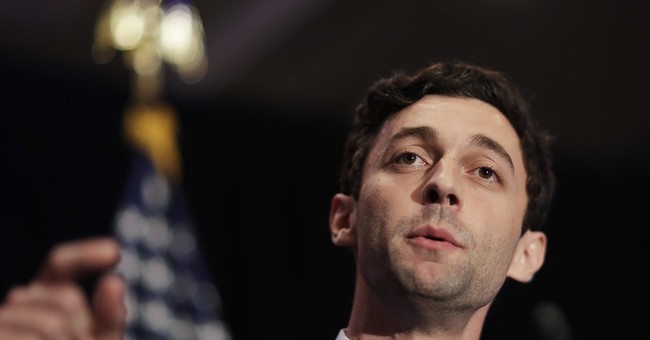 One of the Democrats hoping to be the next senator from Georgia, Jon Ossoff, on Wednesday pushed a blatant lie about his opponent, Republican Sen. Kelly Loeffler. He used an opportunity to directly address Fox News viewers to state that Loeffler "campaigned with a klansman," something that has been debunked.

"Since we're live on Fox, let me take this opportunity to address directly the Fox audience," Ossoff said as he positioned himself to face the camera directly.

He went on to say that Georgians should want to raise the minimum wage, address the health care crisis and invest in infrastructure. Ossoff slammed Loeffler and the other Republican on the ticket, Sen. David Perdue, for "using their offices to enrich themselves."

When Fox News' Peter Doocy asked about Rev. Raphael Warnock's various controversies, Ossoff used the opportunity to flip the script and push the lie that she campaigned with a former member of the Klu Klux Klan.

FOX News walked up rolling live, and I appreciated the free air time!

The rumor started after Sarah Polus, a reporter for The Hill, published an article claiming the senator's campaign defended a photo she took with Chester Doles, a former leader of the Ku Klux Klan. She cited an original article that was published in The Atlanta Journal-Constitution. The problem, however, is the entire story is a bold faced lie. Loeffler's campaign has said she had no idea who Doles was when the picture was taken and condemned him and his actions.

“Kelly had no idea who that was, and if she had she would have kicked him out immediately because we condemn in the most vociferous terms everything that he stands for,” Stephen Lawson, Loeffler’s campaign spokesman, said in a statement to The AJC at the time.