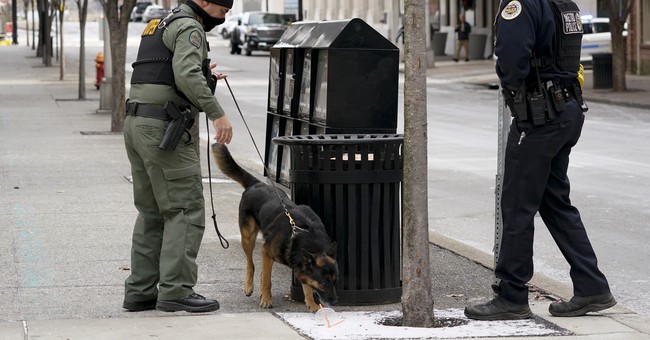 Nashville Mayor John Cooper on Friday praised six officers with the Nashville Metro Police Department as "incredible heroes" for jumping into action to save lives. The six MNPD officers took "swift action" to evacuate those in close proximity to the RV that ultimately detonated. The RV had been playing a recording saying it would go off in 15 minutes.

“These incredible heroes who ran to danger with uncertain outcomes ahead of them were responsible for so many injuries being saved,” Cooper said during the Friday night press conference.

"They ran to danger with uncertain outcomes ahead of them; they were responsible for so many innocents being saved," he said. "They immediately began knocking on doors, not knowing if the bomb was going to go off immediately. They didn't care about themselves, they didn't think about that, they cared about the citizens of Nashville. ... They are heroes and I am grateful to them.”

But who are these brave men and women?

Officer Brenna Hosey has been with NMPD for 4 years.

These six offers saved people near the Nashville bombings. We owe them our gratitude and respect.

Officer James Luellen has been with the department for 3 years.

Rookie officer Michael Sipos has been with the department for only 16 months.

Officer Amanda Topping, another rookie, has been with MNPD for 21 months.

The third rookie, officer James Wells has been with the department for 21 months.

The veteran of the group, Sergeant Timothy Miller, has been with NMPD for 11 years.

According to the Tennessean, officers heard additional messages from the recording.

“Evacuate now. There is a bomb. A bomb is in this vehicle and will explode," the RV said.

Three people were taken to the hospital and several buildings were severely damaged. "Tissue" that "could be" human remains were discovered at the scene. It's currently undergoing examination to concluded what it is.

The suspect is still on the loose. Federal officials, including the ATF and the FBI, are still conducting an investigation.