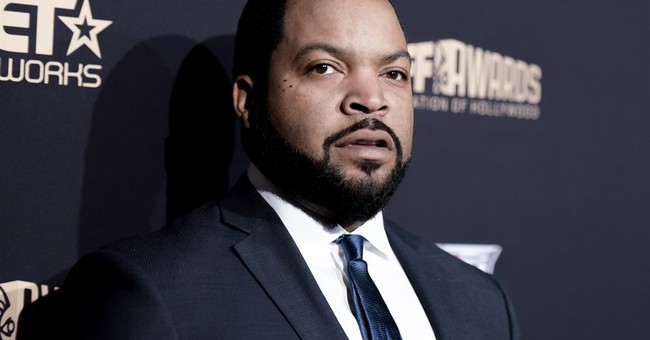 "Fox News Sunday" dubbed Ice Cube the "player of the week" because of his Contract With Black America plan, something he's working with the Trump administration to make a reality.

Ice Cube said he initially sent his plan to both the Trump administration and the Biden campaign. Biden's team told him they would be willing to meet but it would have to wait until after the election. The White House, however, sent Jared Kushner, one of President Trump's top advisers, to meet with the rapper. According to Ice Cube, Kushner met with him for three hours and listened to his concerns and wishes.

"They listened. They heard what I had to say. I pumped up their plan and what they had to say and presented it to the people on September – I believe – 24th," the rapper told Fox News host Chris Wallace.

"Democrats, they got every black celebrity and s**t on their team so they just figure 'Tell Cube to shut the f**k up and vote,'" the rapper previously said in a video posted to Twitter.

"Some people called you a sellout, said you were working with the Dark Side," Wallace said.

"I told everybody that, you know, I'm not playing politics with this. I'm willing to meet with anybody who could bring this to life and make it a reality," Ice Cube explained.

According to the rapper, who was originally part of the 1980s group NWA, "gangster rap" was a reality for people in Compton, California.

"People were attracted to the real, the raw, the passion, the truth in it," he explained.

As of now, Ice Cube is unsure who he'll vote for for president.

"Has Cube mellowed over the years?" Wallace asked.

"I still think it's a bunch of stupid people that keep this system in place," he said. "But, for the most part, I understand why the system is there."

Regardless of who wins the election next month, Ice Cube says he'll find "pressure points" to push for change over the next four years.

POWER PLAYER: Rapper and activist @icecube joined FOX News Sunday to talk about his “Contract with Black America” and how he’s working with Washington to make a change. #FoxNewsSunday pic.twitter.com/lrBZeMG6Xj

Trump's Platinum Plan, which is a compromise of Ice Cube's Contract With Black America, will invest $500 billion in black America.

According to the Trump campaign, the Platinum Plan will generation 500,000 new business and 3 million new jobs for African Americans