Sen. Blackburn Reveals How She Would Address Big Tech's Acts of Suppression 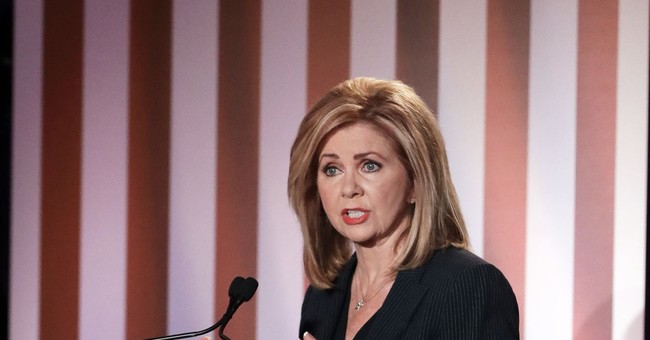 According to Sen. Marsha Blackburn (R-TN), Congress needs to address the issue of suppression. And they can do so by supporting the Online Freedom and Viewpoint Diversity Act that she co-sponsored alongside Judiciary Committee Chairman Lindsey Graham (R-SC) and Commerce, Science and Transportation Committee Chairman Roger Wicker (R-MS).

"What we would do is turn that shield back into something that is transparent by saying, 'Here is when you can use it. Here is when you can not use it' and being explicit in that," Blackburn explained during a Saturday segment on Fox News. "Also defining the content creator and moderator."

“Why not just take Section 230 [of the Communications Decency Act] away? Why not let these companies be liable to suits for what they may or may not publish?” host Will Cain asked.

"That’s right. And the reason that, as we’ve worked on this over the last several years, the reason you do not take it away is because you want a competitive marketplace, and Section 230 was put in place for new start businesses," she explained. "This is something that was put there in the ’90s as the internet and these platforms were growing. They are no longer in their infancy.”

“So, it would still apply to small companies, but no longer to these massive tech companies?” Cain followed up.

If passed, the Online Freedom and Viewpoint Diversity Act would:

As of now, the bill currently sits in the Senate Commerce, Science and Transportation Committee, which Sen. Wicker chairs.

Share this on Facebook
Tweet
NPR: We're Standing By Our SCOTUS COVID Story Even Though Everyone Said It Was False
Matt Vespa
SCOTUS Declines to Intervene in Challenge Over Texas Abortion Law
Madeline Leesman
Mayorkas Brags About Allowing Illegal Aliens to Stay in the U.S.
Katie Pavlich