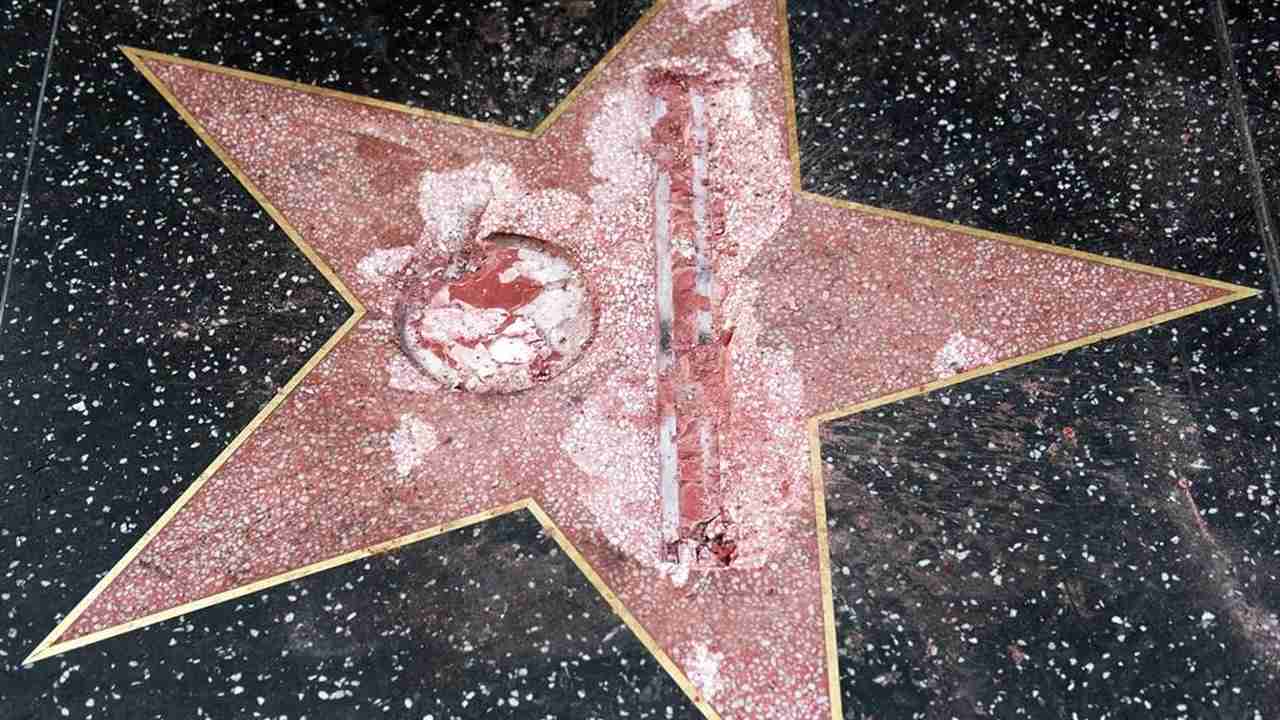 While President Donald Trump battles the Wuhan coronavirus at the Walter Reed Medical Center, someone who despises the president decided to destroy his star on the Hollywood Walk of Fame. It is not the first time this has happened, but this is definitely the most bizarre case.

It turns out a man dressed as the Incredible Hulk used a pickaxe to damage Trump's star. The man, who has since been identified as James Otis, showed up on the Hollywood Walk of Fame around 5 a.m. pacific time, with his costume on and weapon in hand.

According to TMZ, Otis allegedly caused $5,000 in damage and a felony vandalism report was filed.

"Any star, which is vandalized or destroyed, no matter which honoree it belongs to will be replaced by the Hollywood Historic Trust, a non-profit, non-partisan group," Hollywood Chamber of Commerce President and CEO Rana Ghadban explained. "When people are angry with one of our honorees, we would hope that they would project their anger in more positive ways than to vandalize a California State landmark. Our democracy is based on respect for the law. People can make a real difference by voting and not destroying public property.”

This isn't the first time Trump's star has been damaged. In fact, back in June, some spray painted the star black and left a bag of poop on top. They also tagged "BLM" nearby, a nod to the Black Lives Matter movement. And actor George Lopez pretended to pee on the star back in 2018.

This is Trump Derangement Syndrome at its finest, folks. And it will likely continue for the foreseeable future.