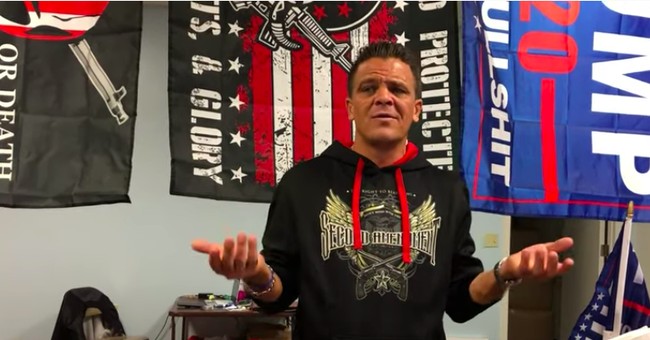 "We call this the place where happy people shop. Everyone who comes over here is always happy and they get to express themselves in here freely and they really just enjoy coming in and looking at all the things and getting a big kick out of it."

The biggest policy that's been beneficial is Trump taking on China.

"The taxing China for bringing in, you know, everything's made in China. For so long we were paying China to bring things in," he explained.

According to Caudill, China will always bring things into the United States but at least under President Trump they're paying their fair share.

Before the Wuhan coronavirus hit, people across the nation were doing well.

"Minimum wage was up and taxes were down and I was actually looking for houses before COVID hit," Caudill said. "I know the entire country was doing very well."

Caudill's family has seen President Trump's policy impacts first-hand. His mother, who is a circus performer, was touring across the country before COVID hit. People had more money to spend, meaning they had more opportunities for luxury outings, like going to the circus.

"When Trump came into office they were doing very well," he said.

Caudill said he knows RV park owners who had been doing very well too. Because people had more money in their pockets they were traveling and recreating with their families.

"It seems like the entire country was doing so good before COVID hit and I think that was all due to President Trump. We weren't doing that well before, eight years before, 16 years before," he explained.

Caudill described the anti-law enforcement sentiment in the nation as "atrocious."

"They need support. It's a terrifying job. I can't imagine, couldn't imagine if my father was a police officer, or if my brother was a police officer. I can't imagine what a terrible job it would be. It seems like everyone forgot, it seems not so long ago we were all supporting our firemen and our policemen, especially after 9/11. There was so much support. We know what those guys did and their bravery and how we all stood together as a nation," he explained. "It seems like it wasn't ago to me. And how important our firemen are, our policemen are, to protect us and keep us safe and make sure everyone stays in line."

According to Caudill, it's likely that the Kenosha rioting invigorated both sides and that Republicans support for law enforcement became more vocal.

He said he "couldn't imagine defunding the police."

"We're all Americans and we all woke up in America this morning. We need police," Caudill explained.

He pointed out that rioters are hypocritical. When things go wrong the first person they tend to call are law enforcement.

The Trump Shop is located at 508 S. Military Ave. Green Bay, Wisconsin and is open 7 days a week.