LA County Could Be Saying Goodbye to Craft Beer Breweries 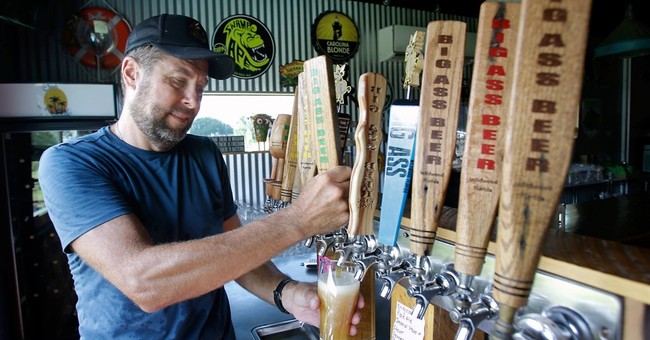 Los Angeles County's Wuhan coronavirus guidelines are stricter than the state's. As a result, roughly 70 craft beer breweries throughout the county are struggling to stay in business. With the new guidelines in place, breweries are being classified as "bars," not as restaurants like they originally were. Because of this distinction, breweries must remain closed.

The "Save LA Brewers" campaign outlined the timeline of events that got us to this point in time:

A popular business model in the craft beer industry is for breweries to partner with food trucks. This allows brewers to focus on their craft and chefs to supply the food. It tends to be a win-win situation for both parties. It also allows the brewery to rotate between various food trucks and caterers, especially if they have a theme for the night or a special.

According to brewery owners in LA County, this coronavirus change has driven people in LA County to drive to nearby Orange, Ventura, Kern, Riverside and San Bernardino Counties to consume beer.

"LA County is the only County in the State of California right now with more strict mandates than what Newsom, at the state level, has imposed on bars, breweries, wineries, whatnot. And so what that means for us is that even if we were to team up with a food truck or a third party food vendor as we did back in May, we cannot be open for on premise sales," Brian Avery, the owner of Bravery Brewing in Lancaster, told the Daily Caller. "We cannot use our outdoor space, our patios, and that's particularly devastating for a business model such as craft brewery like my own because we have millions of dollars in infrastructure and we have gigantic bills and gigantic loans and really highly trained personnel to make the beer. That's all predicated on being able to sell beer at a high profit margin by the glass, which we can't do right now."

Some of your favorite breweries in LA County are potentially going to be out of business by the new year due to being classified as "bars" and not restaurants like they originally were.
This means breweries without kitchens can't have any outdoor service. #SaveLABrewers pic.twitter.com/bNWpAzDduX

The LA County Brewers Guild has pleaded with county supervisors to hear them out, but to no avail.

.@SupJaniceHahn - I'm sure you've heard from many of us calling for the @LACountyBOS to #SaveLABrewers. Just wanted to tell you that your district has nearly 30 breweries in it and the south bay has been the backbone of our brewing community for many years.

It took a long time for the rest of the county to embrace the growth of craft brewing, and our allies at @TorranceChamber @lomitachamber @SanPedroChamber to name a few can attest to the value our businesses bring to the region. We need your help @SupJaniceHahn.

Let's take a look at @BrouwerijWest. Located in the huge @CRAFTEDportla complex, they are sitting on tons of outdoor space & still cannot operate for outdoor dining. There have been small businesses inside Crafted who have had to vacate due to less people visiting the area.

In nearby Hawthorne, @commonspaceLA & @LAaleworks have both made the effort to create vast outdoor dining areas and had elected to support pop-up food vendors who don't have retail spaces of their own. These businesses lost out when we were closed down again w/ no notice.

Seeing crowded sidewalks with outdoor diners then looking at our large open spaces that many have already paid the ABC to obtain expanded premise permits, has s feeling extra defeated. Not being able to work with food trucks & vendors who are also hurting adds salt to the wound.

Please hear us. We want to collaborate, keep people safe, but also recognize that our brewery tasting rooms are truly unique businesses that primarily operate in earlier hours, are family-friendly, and have worked hand-in-hand w/ food vendors for years.

How many businesses need to go under before elected officials realize their lockdowns are having negative consequences? 10? 100? 1,000? What number are they okay with? These people have been closed for months on end. People can't come to their place of business because they don't serve food, but they can't serve food with a third party company. How asinine is that? What suddenly made it more dangerous to just drink at an establishment than to eat and drink at an establishment? And why was it okay for these breweries to open for a short period of time before but not now?

At least if these elected officials are going to act like they're making the best decisions for their people they should be consistent about it. Either bars, breweries and restaurants are safe to patrons or they're not. Singling out one type of business over another is discriminatory. And brewers aren't the only ones suffering. So are their employees and even the third-party food vendors they rely on.

This is another example of government overreach.