Wow: A Christian Leader Is Making the Case That the 'Wrong Trump' Died 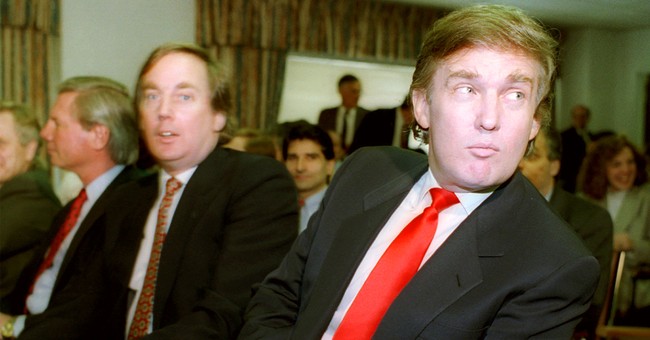 Following the death of Robert Trump, President Donald Trump's 71-year-old younger brother, Democrats took to Twitter to voice their disdain for the president. In fact, the hashtag #WrongTrump was trending because they wish it was the president who had died, not his brother.

What's even worse is this trend was started by a "Bishop."

Lord, I know you don’t make mistakes, but are you sure that was the right brother?

“I don’t take any responsibility at all for taking the #wrongtrump. It’s the Democrats fault.”

Lefties wanting to see someone dead because they disagree with the person's politics is nothing new. A Christian advocating for that is absolutely disgusting.

And it lead others to share the same kind of hatred:

What did he promise the devil for the Grim Reaper to take the #wrongtrump ??? pic.twitter.com/12013X74Th

Some are upset that #wrongtrump is trending. If 45 was an actual person, not a monster w/o a heart, this would be a but over the top. However, he is someone is stands for the worst things in the world. It is what it is. Carry on.

#wrongtrump Come on 2020, at least do something right

The simpsons got the #wrongtrump it appears . Close though , but not close enough. pic.twitter.com/aiq9yfMwl7

As Pastor Greg Locke said, this is why Trump will be re-elected in November:

The #wrongtrump trend is heinous and heartless. However, it’s exactly why @realDonaldTrump will win once again. The Left is fueled by hate, revenge, wrath and immaturity. #MAGA

No one should be wanting to see the president die. That's just wrong. If conservatives said this when President Obama was in office, leftists would throwing their arms in the air, claiming people are racist and vile. Why is this no different? Oh, that's right. Because Trump Derangement Syndrome is alive and well.