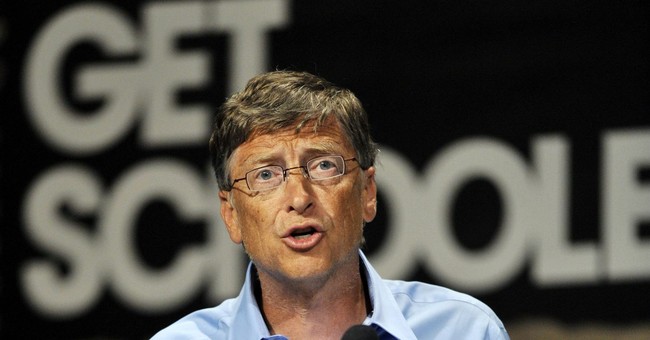 According to the billionaire, our nation's testing system is deeply flawed because of testing reimbursement rates that are determined by the government.

"The majority of all U.S. tests are complete garbage, wasted. If you don’t care how late the date is and you reimburse at the same level, of course they’re going to take every customer. Because they are making ridiculous money, and it’s mostly rich people that are getting access to that," Gates explained. "You have to have the reimbursement system pay a little bit extra for 24 hours, pay the normal fee for 48 hours, and pay nothing [if it isn’t done by then]. And they will fix it overnight."

Gates helped fund a diagnostic testing program in Seattle. He said the results were quicker and the testing wasn't as intrusive. Instead of relying on a test that requires a swab from the turbinate – the very back of the nostrils – Gates' test utilized a cotton swab from the tip of a person's nose.

"There’s this thing where the health worker jams the deep turbinate, in the back of your nose, which actually hurts and makes you sneeze on the healthy worker. We showed that the quality of the results can be equivalent if you just put a self-test in the tip of your nose with a cotton swab," he explained. "The FDA made us jump through some hoops to prove that you didn’t need to refrigerate the result, that it could go back in a dry plastic bag, and so on. So the delay there was just normal double-checking, maybe overly careful but not based on some political angle. Because of what we have done at FDA, you can buy these cheaper swabs that are available by the billions. So anybody who’s using the deep turbinate now is just out of date. It’s a mistake, because it slows things down."

Since the start of the pandemic we have seen flaws in Wuhan coronavirus case numbers and deaths. Texas had to correct their fatality rate. In Orange County, California, 30,000 serology tests – used to detect whether or not a person has antibodies for the virus, suggesting they previously had an infection – were counted in the "cumulative tests to date" figures for five weeks. In Florida, Orlando's positivity rate was said to be 98 percent, when, in reality, it was only 9.4 percent. Part of the issue was the number of clinics and labs that were reporting 100 percent positivity rates.