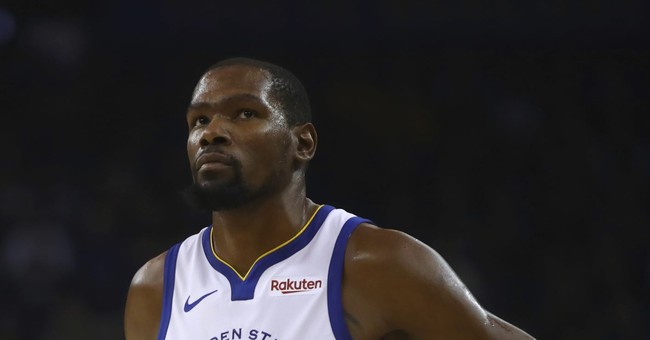 The NBA and NBPA are planning to allow players to replace the last name on their jerseys with statement on social justice, sources tell @TheAthleticNBA @Stadium.

According to the Los Angeles Times, the decision was made, in part, because Nike, who serves as the NBA's athletic wear sponsor, is moving to have "anti-racism messaging" as part of their on-going ad campaign.

Sources: The NBPA currently is working with the NBA and Nike to give players the option of replacing their last name on their jersey with a statement on social justice. More details to come soon.

In fact, Nike has a new commercial called "don't do it," a play on their tagline of "just do it."

“For once, don’t do it. Don’t pretend there’s not a problem in America. Don’t turn your back on racism. Don’t accept innocent lives being taken from us," the ad states.

According to a spokesperson, this is the sporting goods company's latest anti-bigotry move.

“Nike has a long history of standing against bigotry, hatred and inequality in all forms,” a Nike spokeswoman told AdAge in a statement. “We hope that by sharing this film we can serve as a catalyst to inspire action against a deep issue in our society and encourage people to help shape a better future.”

As if professional athletes need more of an opportunity to virtue signal.