So Much for History: Rioters Destroyed a Statue of a Man Dedicated to Ending Slavery and the Confederacy 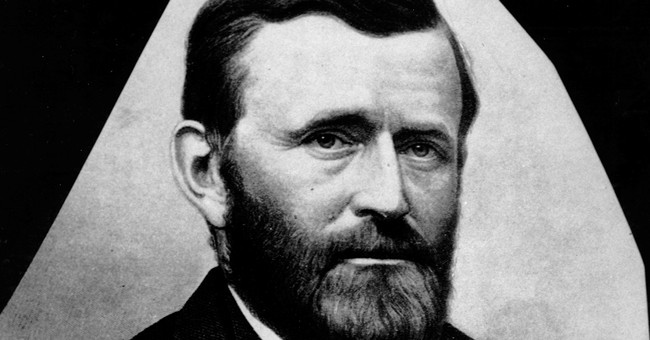 A group of approximately 400 people gathered in San Francisco on Friday to celebrate Juneteenth Day. The day is celebratory because it marked the day that the last slaves in Texas were freed, almost two years after President Abraham Lincoln signed the Emancipation Proclamation. The protestors pulled down statues of various figures, including Union General Ulysses S. Grant.

Nearby statue of Ulysses S. Grant is also toppled. He was a slave owner too, before the Civil War. That’s three for three this night. pic.twitter.com/Lyw6bXeOTO

Ulysses S. Grant singlehandedly won the Civil War on behalf of the Union. He helped reconstruct our nation so we were one unified country without slaves. He even went so far as to free his own slave, William Jones. This was at a time in history when a person's wealth and possessions were gauged by how many slaves they owned.

Grant was also responsible for signing the Naturalization Act, which gave blacks citizenship and he created the Department of Justice to prosecute the KKK. He did great things to abolish slavery and yet his memory is being trashed.

At least some people remember.

Tearing down the statue of General Ulysses S. Grant, who brought about Juneteenth by winning the Civil War, purportedly to celebrate Juneteenth says everything you need to know about the current climate.

Grant was BLM before it was chic. https://t.co/tVzFsUr9dP

Why topple a statue of Ulysses S. Grant? Here are his great offenses from the point of view of the Democratic Left 1. He destroyed slavery which had been supported by Democrats in the North and South 2. He shut down the Ku Klux Klan, the paramilitary wing of the Democratic Party pic.twitter.com/X8QgQwfRvY

This is another one of those instances where people need to do their research and learn who these people are. Not every single white man who has a statue in his memory is a monster. Not every single statue signifies slavery or oppression.