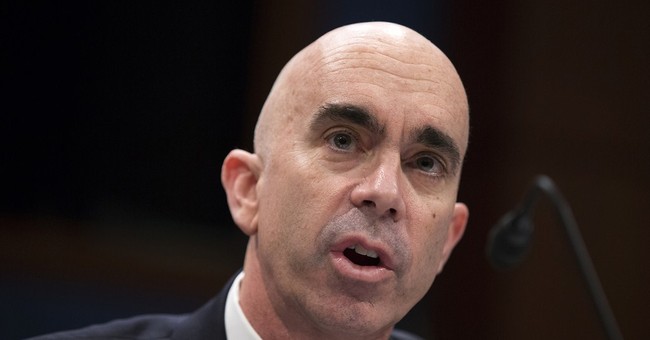 According to the Wall Street Journal, Trump cited his lack of confidence in Linick as a reason to let him go, although his name wasn't mentioned in the letter.

Trump has fired the State Department inspector general in his latest effort targeting key watchdogs across the government. According to this letter he sent to Pelosi, Trump says he “no longer” has the “fullest confidence” in the State inspector general. Effective in 30 days. pic.twitter.com/9U4Q3HXd9W

The conversations between Giuliani and the Ukrainians were in reference to reports that former Vice President Joe Biden had sought to have Shokin fired amid an investigation into Burisma, whose board members included Hunter Biden, son of the former vice president.

President Trump’s July 2019 request that Ukraine’s president investigate the Biden matter led House Democrats to impeach the president last December on charges of abuse of power and obstruction of Congress. The Senate acquitted Trump in February.

“The President’s late-night, weekend firing of the State Department Inspector General has accelerated his dangerous pattern of retaliation against the patriotic public servants charged with conducting oversight on behalf of the American people. Inspector General Linick was punished for honorably performing his duty to protect the Constitution and our national security, as required by the law and by his oath," Speaker Nancy Pelosi (D-CA) said in a statement. “It is concerning that the President has taken this action as the House passes The Heroes Act, which contains critical funding for the State Department IG to oversee and ensure the effective, wise spending of coronavirus response funds.  This firing will set back the important work of the Office of the Inspector General to perform critical audits, investigations and inspections of U.S. embassies and programs around the world during this crisis. The President must cease his pattern of reprisal and retaliation against the public servants who are working to keep Americans safe, particularly during this time of global emergency.”

"The firing is the outrageous act of a President trying to protect one of his most loyal supporters, the Secretary of State, from accountability. I have learned that the Office of the Inspector General had opened an investigation into Secretary Pompeo. Mr. Linick's firing amid such a probe strongly suggests that this is an unlawful act of retaliation," Engel said in a statement. "This President believes he is above the law. As he systematically removes the official independent watchdogs from the Executive Branch, the work of the Committee on Foreign Affairs becomes that much more critical. In the days ahead, I will be looking into this matter in greater detail, and I will press the State Department for answers."