Another Day, Another Dem Tries to Compare Nazi Germany to the Coronavirus 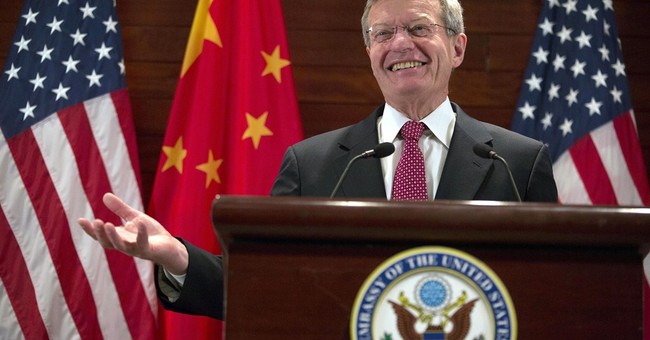 For whatever reason, Democrats love comparing President Donald Trump to Adolf Hitler. They love to compare conservatives and those who support the president to Germans who saluted Hitler.

Former Ambassador to China and current Sen. Max Baucus (D-MT) made that kind of comparison last week during a segment on CNN that was focused on holding China accountable for the Wuhan coronavirus.

"The administration rhetoric is so strong against China. It's over the top. We're entering a kind of era which is similar to Joe McCarthy back when he was red-baiting the State Department and attacking communism, a little bit like Hitler in the '30s," Baucus told CNN's Hala Gorani. "A lot of people knew what was going on was wrong but they didn’t stand up and say anything about it. They felt intimidated. And now, in the United States, if anyone says anything reasonable, her or she feels intimidated, afraid his head is going to be chopped off. And back in the '30s in Germany, it was very similar. People who were responsible in the U.S. and especially responsible in Germany couldn't speak up and some of that is happening now."

"It's happening now, in part because the Republican administration, Donald Trump, realizes that the economy is not doing well, probably because of the coronavirus, and they, therefore, have to pivot," he said with a smile. "They have to blame somebody and they're blaming China and it's going to be very difficult to get back on track after the election, whoever's elected."

Even the CNN host was taken back by Baucus' comments, which is why she asked him if he meant what he said or if he was merely trying to "be provocative."

"I think we're moving in that direction," he said, adding that he believes that the United States is taking steps to become like Hitler's Germany.

"There are a lot of very responsible people in America who know that this China-bashing is irresponsible and we're gonna pay a price the more it continues," the senator said.

The coronavirus started in a lab in Wuhan. Right now it's believed to be an accident. Whether or not it was accidental or on purpose, China failed to alert the world about what was taking place. They failed to alert other countries so they could prepare for this deadly virus. Not only did they try to save face and protect their public image, but they also had the World Health Organization covering their butt as well.

No one takes issue with the Chinese people. Americans want to hold the Chinese Communist Party and the regime accountable for this cover-up. Not only did they put their own citizens at risk but they put the entire world at risk. The number of deaths could have been lessened had they not waited almost a week to blow the whistle on what was taking place. Lives could have been spared but China was too busy pumping out propaganda and covering their own tail to think about innocent lives.

Fmr ambassador to Beijing and senator Max Baucus likens the reaction to Donald Trump’s China rhetoric today to Nazi Germany: “A little bit like Hitler in the 30s, that a lot of people knew what was going on was wrong but they didn’t stand up and say anything about it.” pic.twitter.com/m8jqt16VJ1