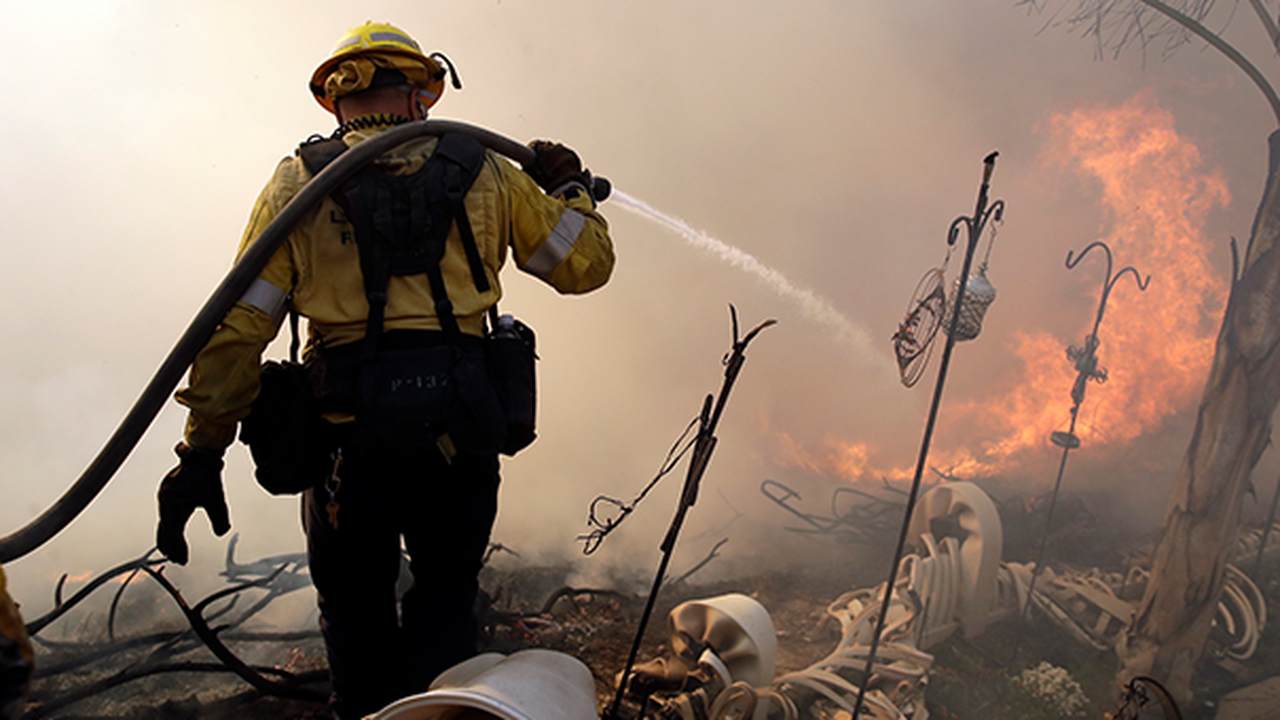 Every year firefighters throughout the Pacific Northwest gather in Seattle to raise money for the Leukemia and Lymphoma Society. The firefighters receive pledges and donations based on their ability to climb the Columbia Tower in Seattle. Those who participate in the annual stairclimb have to climb 69 flights of stairs wearing all of their firefighting gear, which weighs about 60lbs.

This year, the event was even more personal for the Spokane Fire Department. They were raising money to honor one of their own, John Knighten. He was a firefighter for almost 20 years before he lost his battle with cancer at the age of 45.

His fellow firefighters at the Spokane Fire Department had a goal of raising $60,000. The coronavirus, however, forced the Leukemia and Lymphoma Society to cancel the annual event.

Instead of letting the cancelation stop them from raising the funds, the firefighters decided to bring the stairclimb to Spokane.

“We were pretty disappointed to hear it was postponed but we understood the reasoning why with the coronavirus concerns over there,” Spokane Valley Fire Department firefighter Scott Niebuhr told KXLY-TV.

Fighterfighters in the Spokane, Washington and Coeur d'Alene, Idaho area have been raising money since September. In total they have raised roughly $100,000, far surpassing their goal.