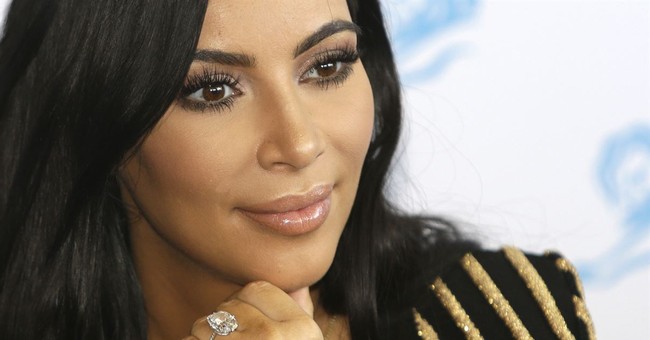 Celebrity Kim Kardashian praised President Donald Trump's lead on criminal justice reform during an interview with ABC News' Sara Hanes, one of the co-hosts of "Strahan, Sara & Keke." Kardashian played a vital role in Alice Marie Johnson's commuted sentence. The 63-year-old was released after serving 21 years of a life sentence for a first-time nonviolent drug offense and money laundering.

"Well, speaking of Alice Marie Johnson, there was a Super Bowl ad about her, and you weren't mentioned in the ad," Hanes said. "When I hear that name I always think of you but was that hurtful at all to not be mentioned?"

"No, no. Not at all," Kardashian replied. "I'm just so happy for Alice, that she is getting that recognition, and, honestly, I'm really happy that the president is backing the issue because so much has to be changed."

Kardashian said having a Super Bowl ad about criminal justice reform "is amazing."

"I agree. And you have to play in the game you're in," Hanes said.

Kardashian originally took note of Johnson's story in 2017. Johnson told her story to Mic and West happened to share the video in a tweet. The TV star met with President Trump last summer about having Johnson's sentence commuted. A week later, Johnson was a free woman.

Alice Marie Johnson was one of President Trump's guests during his 2019 State of the Union address. He referenced her story to remind people about "the disparities and unfairness that can exist in criminal sentencing" and the need to make a change.

In case you missed the Super Bowl ad featuring Alice Marie Johnson, here it is: