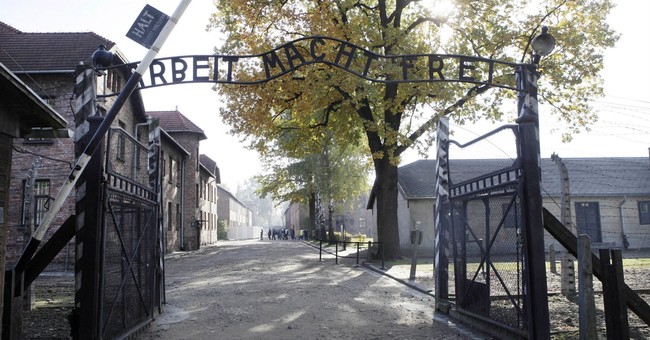 On Jan. 27, 1945, the Russians liberated Auschwitz, one of the Nazi's most infamous concentration camps. Those men and women who survived the harsh conditions gathered at the concentration camp in Poland on Monday to commemorate the 75th anniversary of their liberation. Their march through the front gates is a way of remembering and honoring the 1.1 million European Jews that were killed at that camp.

According to survivor David Marks, he feels obligated to return to the horrendous place that forever changed his life. This was the first time Marks returned to the camp since his liberation.

Marks arrived at Auschwitz when he was 16-years-old and he never saw another relative again. He said most of his family members were killed the very day they were brought to the camp.

“I was maybe 10 blocks from the crematorium and we had no idea what they’re burning there,” he said.

He was eventually transferred to Dachau, where he remained until the Russians liberated them. Although the prisoners were happy they were finally being freed, they lacked the strength to celebrate.

"I came back here to relive this moment and ... I'm going to leave it behind and go back to my normal life," he said.

But for others, it's about remembering those who did not walk out those gates.

"I'm here to tell those who are up in smoke, we're here. We remember you and we're so sorry and we'll keep your memory alive," 81-year-old Tova Friedman told ABC. "The world needs to know and to be aware of the evil, to stop the evil before it spreads. This is the end of evil. This is what it is. Like somebody once said, you start burning books and then ... you burn people. ... This is (the) end of evil."

Being back at the camp took Friedman back to her five-year-old self when she was at Auschwitz. She remembered the other children and the barracks. When she walked through the crematorium on Monday, she said a prayer, thinking of the millions of people who died there. She remembered her young self undressing and showering in the crematorium but the spigots never released the gas she had heard others talk about.

Friedman and her mother chose to hide among the dead in the women’s hospital as they waited for the Russians.

“I don’t know how long it took but I heard Germans coming in. … They were running away but they were shooting people who were almost dying anyhow. … I always heard those German boots. Sometimes I have nightmares about those boots,” Friedman told ABC.

According to Ronald Lauder, president of the World Jewish Congress, the group who brought survivors back to the camp, Auschwitz is a reminder of the horrors that took place during the Holocaust.

"They came out and started new lives. They didn't go for revenge. ... They went out. They started their families. ... They're coming with their grandchildren," Lauder explained. "We should not have the grandchildren have the same problem that they had in 1930s. Shame on us if we allow it to happen."

The Auschwitz Memorial shared stats about the number of people murdered at the camp and how many were liberated.

75 years ago today over 7,000 prisoners of the German Nazi #Auschwitz camp, including ca. 700 children, were liberated by the soldiers of the Soviet army. 1,689 days of murder, humiliation, suffering, and pain were over. Today we all remember. | #Auschwitz75 #OnThisDay pic.twitter.com/af5m1cs83d