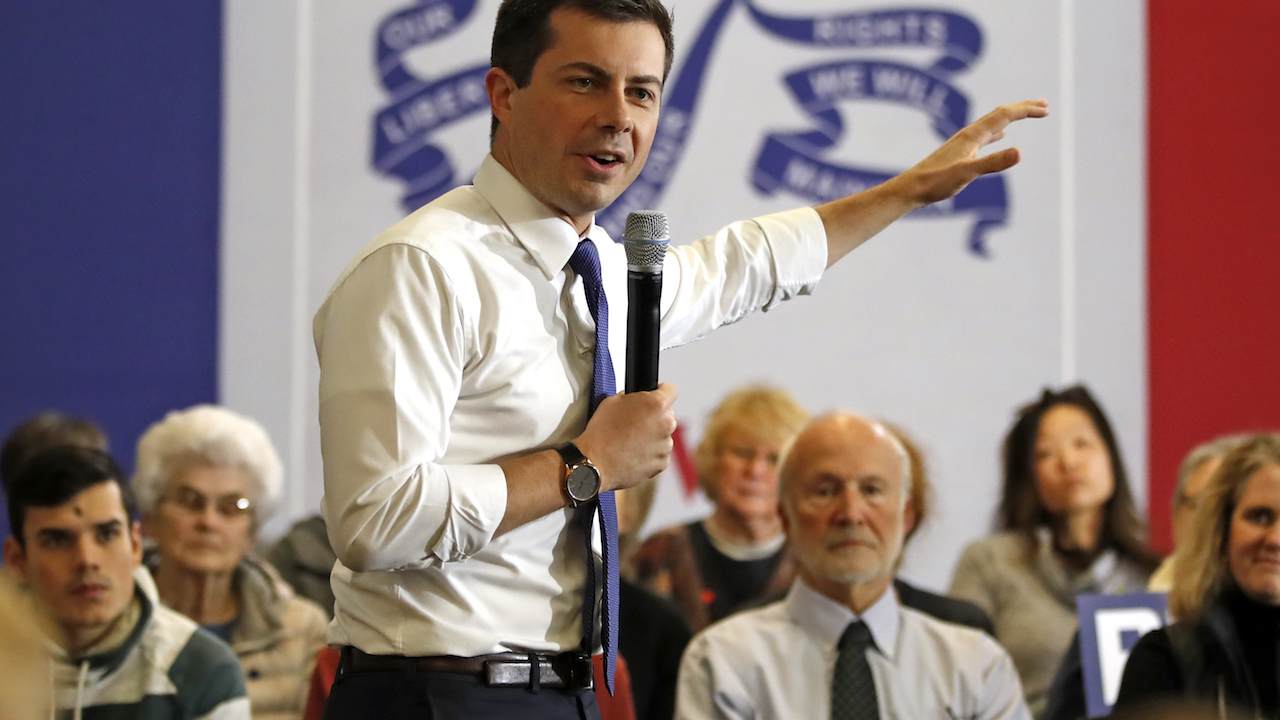 According to Lis Smith, Buttigieg's senior communications advisor, Pete is partaking in the town hall as a means of talking to anyone and everyone. The campaign also touted the fact that Buttigieg is the only candidate to participate in a town hall with the conservative news network before the Iowa caucuses.

Here's the email (emphasis mine):

Bumping this email from Pete back in May for you. It's eight months later and we're still showing up everywhere and talking to everyone.

This week alone, Pete sat down with the Sioux City Journal in Iowa, held a conversation with Charlamagne tha God in Moncks Corner, South Carolina, spoke to the U.S. Conference of Mayors in Washington, and on Sunday he will be the only candidate participating in a Fox News town hall before the Iowa caucuses.

Why? Because that’s how we win.

If we want to defeat Donald Trump in November, we need to compete everywhere. That’s why we need to nominate Pete.

We can’t play it safe. We can’t afford to write off voters. We have to galvanize Americans across the country -- not only to win, but also to change the trajectory of this country.

As we all know, these town halls have been *big* moments for our campaign. Pete broke through with his CNN town hall last March, and even had Donald Trump attacking him after his Fox News town hall dominated the national conversation. In June, the New York Times ran a story stating simply: “Pete Buttigieg thrives in town halls.”

He does. And we need this to be another huge moment for this campaign. This is one of our last chances to communicate directly with the American people. I need you to watch the town hall, tell your friends, family, and neighbors about it, and yes -- help us gather the resources to make history. Can you contribute today?

It's go time. It’s phase 4. It's the moment we've been waiting for. Time to make it happen.

We have to win this. I need you to donate right now so we can keep talking to every single person and make sure Pete wins this nomination.

At the end of the email is a copy and pasted version of an email from Buttigieg that was sent out back in May reiterating why the campaign believes it's important to talk to conservatives.

The email starts out by saying Fox's goal is to "spread fear and lies." The campaign believes Fox viewers are still "tuning in in good faith."

There’s been a lot of debate recently about whether Democratic presidential candidates should go on Fox News. Tomorrow night, I’ll be participating in a Fox News town hall with Chris Wallace, and I want to tell you why.

First, let me be clear: I strongly condemn the voices on Fox and in the media that uncritically amplify hate and the divisive sort of politics that gave rise to this presidency. Their goal is to spread fear and lies, not serve as honest brokers with the American people.

But just because many of these opinion hosts don’t operate in good faith, it doesn’t mean that there aren’t Fox viewers tuning in in good faith. If we unilaterally decide that they shouldn’t hear my or other Democrats’ messages, then we shouldn’t act surprised if they have a distorted view of what we believe and who we are.

If we ignore the viewers of Fox News and every news platform that doesn’t share our worldview, we will surrender our ability to speak directly to millions of American voters. If we don’t show up, the conservative media will tell our side of the story for us. They will continue to fully claim American values like freedom, security, and democracy as property of the GOP.

From the beginning of this campaign, I’ve said that I would meet voters where they are. And that means sometimes moving beyond the echo chamber of like-minded voices. Because this primary season is not just about winning the Democratic nomination, or even just winning in 2020—it’s about reclaiming our values and winning an era.

It will require a direct and respectful conversation. It will take courage from all of us. Are you ready to join me?

If so, please consider making a donation to help build this campaign.

Our message is the right one for all Americans. So we will compete everywhere and change the conversation.

It's highly unlikely that conservatives will vote for Buttigieg. He does deserve credit for moving outside of his echo chamber. But he's not the only one to do that. Rep. Tulsi Gabbard (D-HI) has taken numerous hits for doing interviews on Fox, something that has upset progressives.