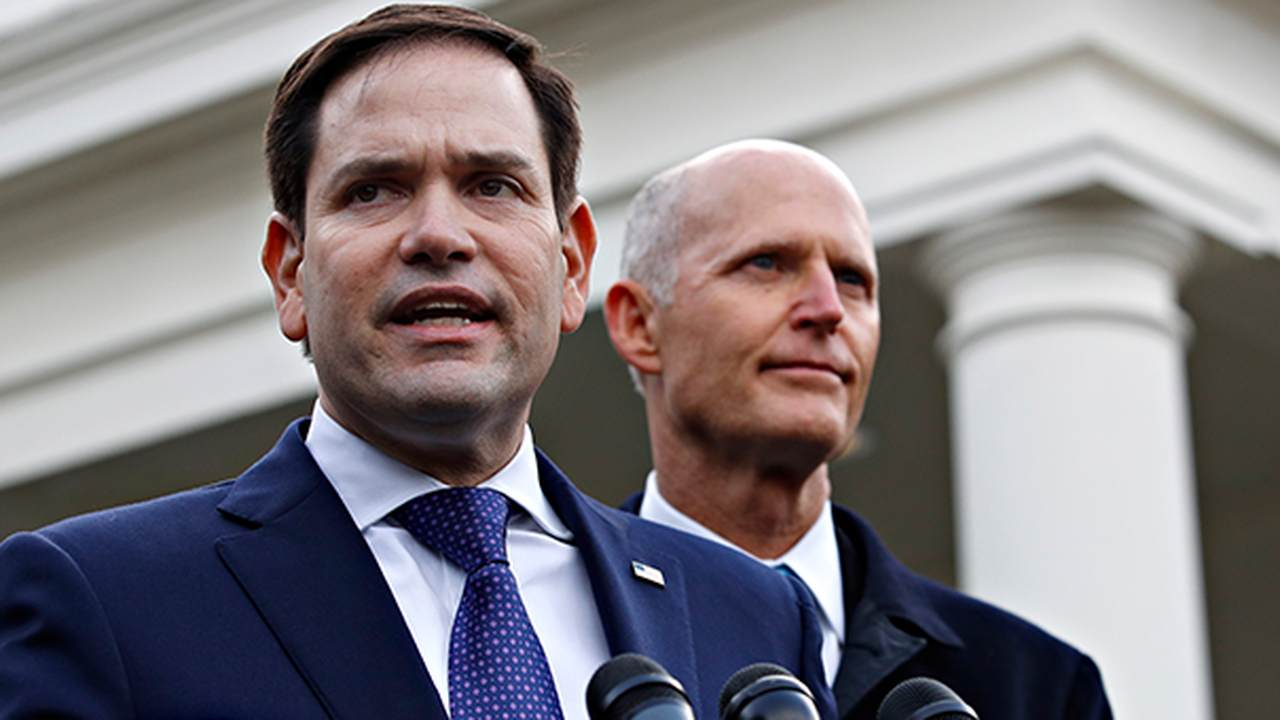 Florida Sens. Rick Scott (R) and Marco Rubio (R) on Friday sent a letter to the Secretary of Defense and the Secretary of the Navy, asking them to honor the survivors and victims of last month's terrorist attack in Pensacola.

The two senators believe the wounded police officer that was stationed at the navy base should receive the Navy Distinguished Civilian Medal, the Escambia County Sheriff's deputies who responded to the incident should receive the Secretary of Defense Medal of Honor, and the service members who were killed in the line of duty should receive the Purple Heart.

"We share your sorrow for the loss of our three sailors and praise the action of others that quickly responded," the senators wrote in their letter. "Through their heroism, these sailors nobly put their lives at risk, preventing the terrorist from taking more lives."

The law enforcement from @ESCOnews and NAS Pensacola that responded to the terrorist attack last month are heroes who deserve our thanks. @marcorubio and I urged @EsperDoD & @SECNAV to award them for their bravery and heroism. pic.twitter.com/ku3qFjDsbo

The attack took place on Dec. 6, 2019 and was eventually labeled a terrorist attack. The gunman, Mohammed Saeed Alshamrani, was an aviation student from Saudi Arabia. He killed three people and injured eight others. The Escambia County Sheriff's killed Alshamrani after arriving on the scene.

According to the FBI, the incident was motivated by "jihadist ideology," which spared the terrorism label.

"The evidence shows that the shooter was motivated by jihadist ideology. During the course of the investigation, we learned that the shooter posted a message on social media on Sept. 11 of last year that said: 'the countdown has begun.' Over Thanksgiving weekend, he visited the 9/11 Memorial in New York City. He also posted other anti-American, anti-Israeli, and jihadi messages on social media, and did so two hours before his attack at the naval base," Attorney General William Barr said in a statement.