Mexico Plans To Take Legal Action Against The U.S. As A Result Of El Paso Shooting 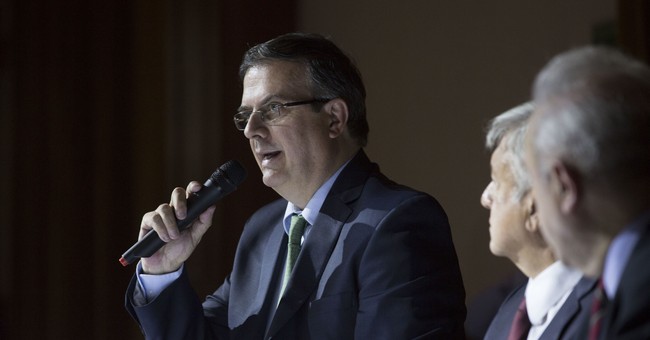 Mexican Foreign Minister Marcelo Ebrard on Sunday vowed to take legal action against the United States after at least three Mexican nationals were killed during Saturday's shooting at an El Paso Walmart. Of the 26 that were injured, at least nine were Mexican nationals, NBC reported.

According to Ebrard, the shooting was an “act of barbarism,” but the United States failed to protect Mexican citizens.

“The president has instructed me to ensure that Mexico’s indignation translates into ... efficient, prompt, expeditious and forceful legal actions for Mexico to take a role and demand that conditions are established that protect ... Mexicans in the United States,” Ebrard said in a Twitter video.

In his alleged manifesto, 21-year-old Patrick Wood Cruisus said he was carrying out of his attack because of the illegal immigration invasion that threatens our nation. El Paso is predominantly Hispanic or Latino.

The gunman is currently booked in El Paso County Jail, although it's unclear whether or not he will receive a bond. He faces capital murder charges and the El Paso County District Attorney, Jaime Esparza has vowed to seek the death penalty against the shooter.

As of now, federal authorities are considering bringing hate crime charges against Cruisus as well.

“We are treating it as a domestic terrorism case, and we’re going to do what we do to terrorists in this country,” John F. Bash, the U.S. attorney for the Western District of Texas, told the Washington Post. “Which is deliver swift and certain justice.”