Will Michelle Run For POTUS? Here's What She Had To Say. 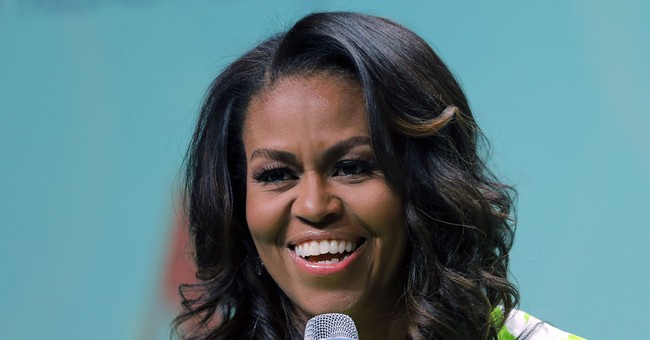 Ever since President Barack Obama left office in 2017, his die-hard supporters have wondered: would former First Lady Michelle Obama ever consider making a run for the White House. During an interview for The National, Michelle made it very clear she has no interest in being America's Commander-in-Chief.

A lot of people want you to run for president. You’ve publicly said that you aren’t interested, but everyone says that until they actually run. Just between us, if you thought the country needed you and you thought you could really help our nation, is there even a one percent chance you’d consider running?

Just between us, and the readers of this magazine—there’s zero chance. There are so many ways to improve this country and build a better world, and I keep doing plenty of them, from working with young people to helping families lead healthier lives. But sitting behind the desk in the Oval Office will never be one of them. It’s just not for me.

It's no surprise that Michelle has absolutely no desire to run for president. She has a New York Times best selling book and she has more influence outside of the White House without the stressors of everyday politics.

Not to mention, she previously talked about who her and her husband would endorse during the 2020 election.

"Barack and I are going to support whoever wins the primary, so ... our primary focus is letting the primary process play out, because it's very early," she said during the Essence Festival back in January. "I mean, that's one of the things that we learned in the campaign. It is early; it's like trying to figure out who's winning the World Series on the first seven games. I mean that's where we are right now, it is so early."