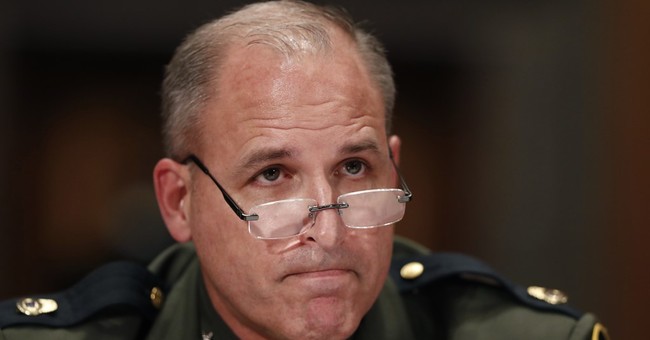 "The Inspector General's report and details of a secret border patrol workers' Facebook group paint a picture of a toxic culture at U.S. Border Patrol and Protection that can only begin to be changed by immediately firing and replacing top leadership at the agency with law enforcement professionals who have training and expertise in working with vulnerable populations," Schumer said in a statement.

"Internal investigations aren't enough because the leadership at CBP, particularly Acting Commissioner Mark Morgan, are too callous about the way in which children and their families are treated, which is why we need untainted professionals to be brought in from outside the CBP structure immediately," Schumer said. "The horrid conditions CBP has subjected children and families to at the border are nothing short of inhumane and downright inexcusable. Too much of CBP has been out of control agency for too long and it must be reigned in immediately."

It was announced last month that CBP Acting Commissioner John Sanders was resigning. Morgan was tapped to take his place but the transition has yet to take place.

Schumer's call for Morgan's resignation comes after ProPublica claimed current and former Border Patrol agents created a private Facebook group where they "joked about the deaths of migrants, discussed throwing burritos at Latino members of Congress visiting a detention facility in Texas on Monday and posted a vulgar illustration depicting Rep. Alexandria Ocasio-Cortez engaged in oral sex with a detained migrant."

The agency has also come under fire for the conditions detainees are living in, particularly after multiple Democratic members of Congress toured Border Patrol facilities.