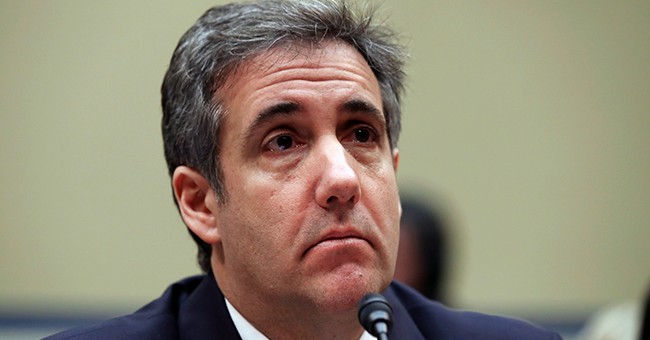 The House Intelligence Committee on Monday released transcripts of Michael Cohen's closed-door testimony that took place in February and March. The Committee voted 12-7 to make the transcripts public.

The first transcript, from Feb. 28,  focuses on Cohen's business dealings on behalf of Donald Trump. He talks about how Trump often had him renegotiate deals after they were set in stone. The general rule of thumb for negotiations was to pay 20 cents on the dollar.

Schiff: Mr. Cohen, I had one question. We'll get into the Moscow Trump Tower in your testimony down the line, but are there other illustrations you can give us of situations where Mr. Trump would make false statements in your presence and in the presence of others and then ask you to confirm what he had just said?

Schiff: And how frequently would that happen?

Schiff: And was it understood that when he said something you both knew was false and he would turn to you that you would repeat the falsehood?

Schiff: Was that more or less a modis operandi that the two of you had?

Cohen: For everyone. If you said something -- I hate to use the example, it's like Ramses from the Ten Commandments: So it has to be said, so it shall be done. That is how The Trump Organization works.

Schiff: So it was understood by you and by others working for him that if he said something either publicly or in the presence of others that you all knew to be untrue, you were to repeat the untruth?

The second transcript, from March 6, focuses on how Trump's other attorney, Jay Sekulow, had reviewed and edited the written statement about the Moscow project.

"The point of putting this in was to show that, yes, while it might be in Moscow, The Trump Organization also had foreign hotels and golf as well as land projects in the following countries of Canada, India, Indonesia, Ireland, Panama, Philippines, Scotland, South Korea, Turkey, the United Arab Emirates, and Uruguay. So it was basically to show that Moscow as just another — or I should say Russia was just another country that The Trump Organization was looking do a project in," Cohen said, referencing a document he turned over to the Committee. "It also - the line preceding it - this is something I do recall having conversation about, that there are quite a few other U.S. companies that have hotels in the Soviet - in Russia, specifically Moscow, the Hyatt, Marriott, the Ritz Carlton Hotel Company. "