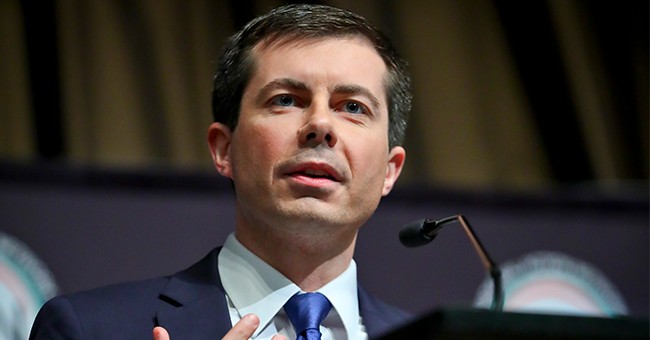 One of the most controversial topics over the last few months has been abortion, and, specifically, late term abortion. During his town hall with Fox News' Chris Wallace, South Bend Mayor Pete Buttigieg did his best to dodge a question about late term abortion. By Buttigieg's standards, we shouldn't even be discussing the possibility because such a tiny fraction of women who receive abortions do so in the third trimester.

Chris Wallace: Just to be clear: you're saying you'd be okay with a woman well into the third trimester deciding to abort her pregnancy?

Pete Buttigieg: These hypotheticals are usually set up in order to provoke a strong emotional –

Wallace: It's not hypothetical. There's 6,000 women a year who get abortions in the third trimester.

Buttigieg: That's less than one percent of cases. So, let's put ourselves in the shoes of a woman in that situation. If it's that late in your pregnancy, then it almost by definition, expecting to carry it to term. We're talking women who have perhaps chosen a name, purchased a crib, families that then get the most devastating medical news of their lifetime. Something about the health or life of the mother forces them to make an impossible, unthinkable choice, as horrible as that choice is. That woman, that family, may seek spiritual guidance, they may seek medical guidance, but that decision is not going to be made any better – medically or morally – because the government is dictating how that decision should be made.

This was a really great public relations answer. You know why? Because Mayor Pete just rallied up his base who is okay with late term abortion without alienating those Democrats who are more middle-of-the-road and believe abortion should be limited to the first trimester. He skirted the question. He didn't give a simple "yes" or "no" answer. He gave a roundabout answer that says, "Whatever the voter feels is right" because he's afraid of alienating various factions of the Democratic Party.